Today is the 95-year anniversary of the Sovnarkom decree that required the use of a new, simplified orthography, dated October 10, 1918.

If someone accustomed to modern Russian picks up any publication that’s more than 100 years old, they are immediately struck by the mass of unfamiliar symbols: the silly-looking ѣ/ѣ (yat’), the Latin-like i, the excess ъ, not to mention a few unusual spelling choices for common endings. Once the initial shock passes, however, it turns out that the publication is quite readable, even as the rules for using these extra letters remain baffling, even mysterious.

Who do we thank for not having to worry about those rules anymore? Open up a Soviet-era textbook on the Russian language, and all praise goes to the usual suspects: the Bolsheviks and the Great October Socialist Revolution. They even have the decrees to prove it: first the Commissariat of Education decree from December 23, 1917, requiring the use of new spelling in all government publications by the start of the new year, and then the Council of People’s Commissars’ decree from October 10, 1918, detailing how spelling reform was to be implemented for everyone.

Yet it just so happens that this reform, unlike other radical changes implemented by the Bolsheviks, had been in the works for quite some time. The first official rumblings of a reform came as early as 1904, eventually resulting in a full-fledged commission and a published report regarding desirable reforms, published in 1912, when the October Revolution was but a gleam in Lenin’s eye. The tsar’s ministers opposed the idea, seeing anti-Slavic tendencies in the call for removal of traditionally Slavic letters – and according to them, an attack on Slavic heritage was an attack on the entire conservative government.

The February Revolution swept that resistance away. Haltingly, the spelling reform moved forward, announced by the Provisional Government on May 11, 1917. Civil servants grumbled that they had “better things to do,” and rumors spread that the reform was not actually in force, but the fact remains: the official implementation of the spelling reform was the Provisional Government’s doing. 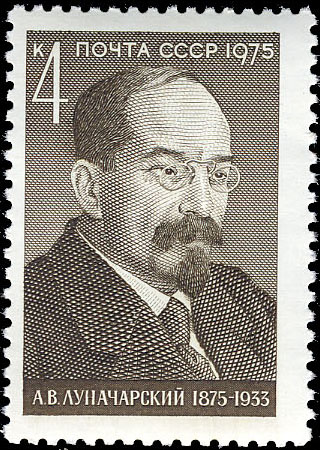 That being said, let’s give credit where credit is due, all propaganda aside. The Bolsheviks may not have been the authors of the new rules, but they took on enforcing them. Publishing was centralized by force, with the offending letters confiscated from typefaces ("step away from the yat!"), and a literacy campaign taught millions to read the new spellings. Heavy-handed enforcement was more than justified. In the Bolsheviks’ worldview, the new orthography was to become a symbol of the New World Order, of new proletarian thought and culture. Old pre-revolutionary books would become unreadable, diminishing their cultural value. Who needs those bourgeois, decadent, capitalist-imperialist books anyway?

(Of course, the classics were reprinted in the new orthography. The main benefit? War and Peace is now about 11 pages shorter.)