1. Russia has seen its (environmental) future, and it doesn’t look good. The Russian Ministry of Natural Resources and Environment has released a report detailing the effect it foresees for Russia from climate change. Although many have theorized that warmer temperatures, more land, and Arctic shipping access would make climate change beneficial for the country, the report paints a much darker picture. The 900-page document highlights the potential for increased incidence of heat waves, forest fires, floods, and diseases, and it also highlights the fact that Russia is one of the top producers of greenhouse gases.

2. The Russian duel is an age-old tradition: just ask Pushkin or Lermontov. It’s a tradition that continues to this day, or at least the appeal of it sometimes does. Engaging in this tradition, Viktor Zolotov, head of Russia’s National Guard, recently challenged Alexei Navalny, prominent opposition leader, to a duel. The impetus for this challenge was a Navalny video that alleged that the leaders of the National Guard were corrupt. The only bright spot in this story may be our opportunity to draw a comparison to Alexander Hamilton and Aaron Burr, sir.

3. What would you do for pizza? If you’re like hundreds of Russians this week, you may be willing to do just about anything, including getting a tattoo. At the beginning of September, Domino’s Pizza launched a promotion in Russia that offered participants 100 free pizzas per year for up to 100 years if they got the Domino’s logo tattooed on their body. The offer was originally meant to run for two months, but as pictures of Domino’s-themed tattoos came flooding in, Domino’s quickly realized their error and the offer was limited to the first 350 entrants. This ink-fuelled spectacle may be over, but we sure are looking forward to whatever pie-in-the-sky advertising plan a Russian company cooks up next. 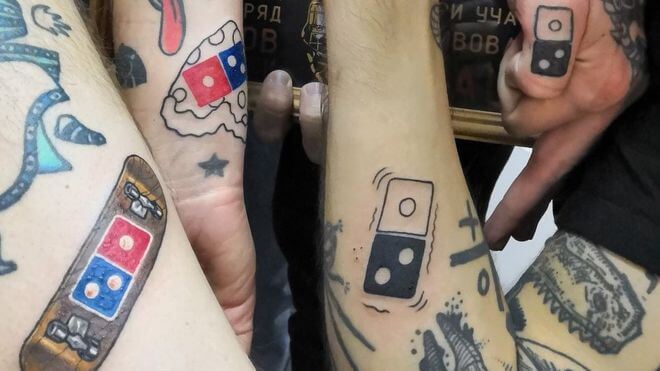 Note: see something you think we’d like? Submit it to us here and you may just see your name in bits!