Despite the pandemic (and a bad reputation for a distinctly Russian grimace), it’s not all sad faces in Moscow at the end of 2021.

Sure, it’s cold and dark in the winter; yes, there are too many people on the Metro during rush hour; perhaps every other person isn’t wearing a mask; and the traffic (and the noise of the traffic!) is nearly unbearable. But the folks you encounter, and the things you’ll see, make up for any inconveniences… 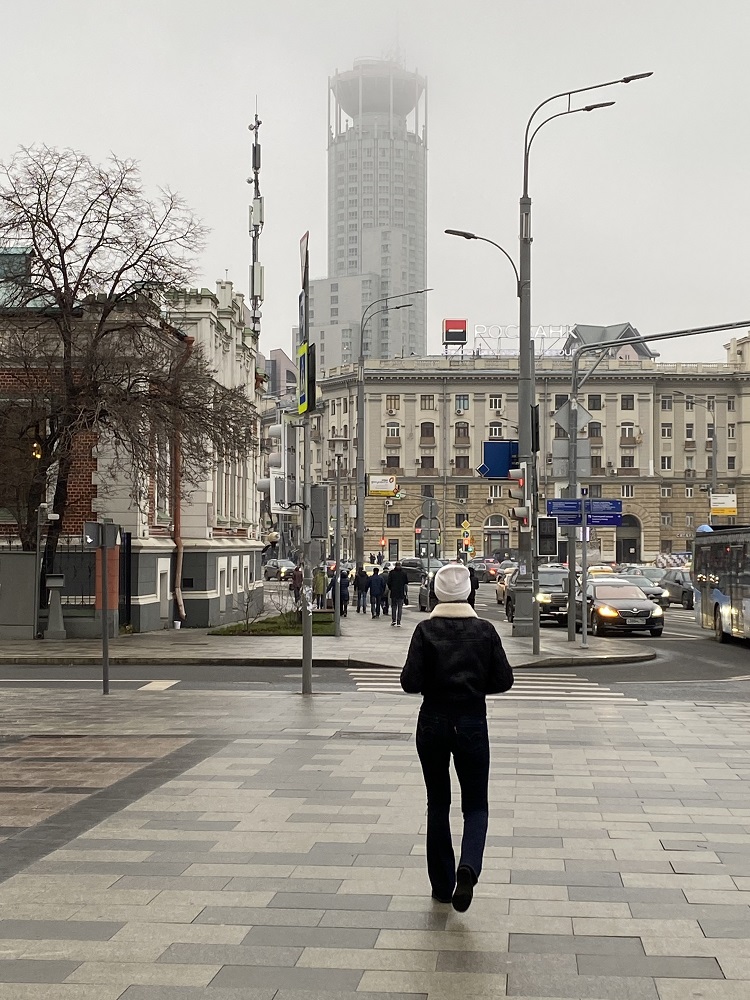 You shouldn’t underestimate the absurd, either. If a costumed man runs at you, arms wide open and spewing English in your face, he probably just wants your money. Don’t forget – you look like a tourist. 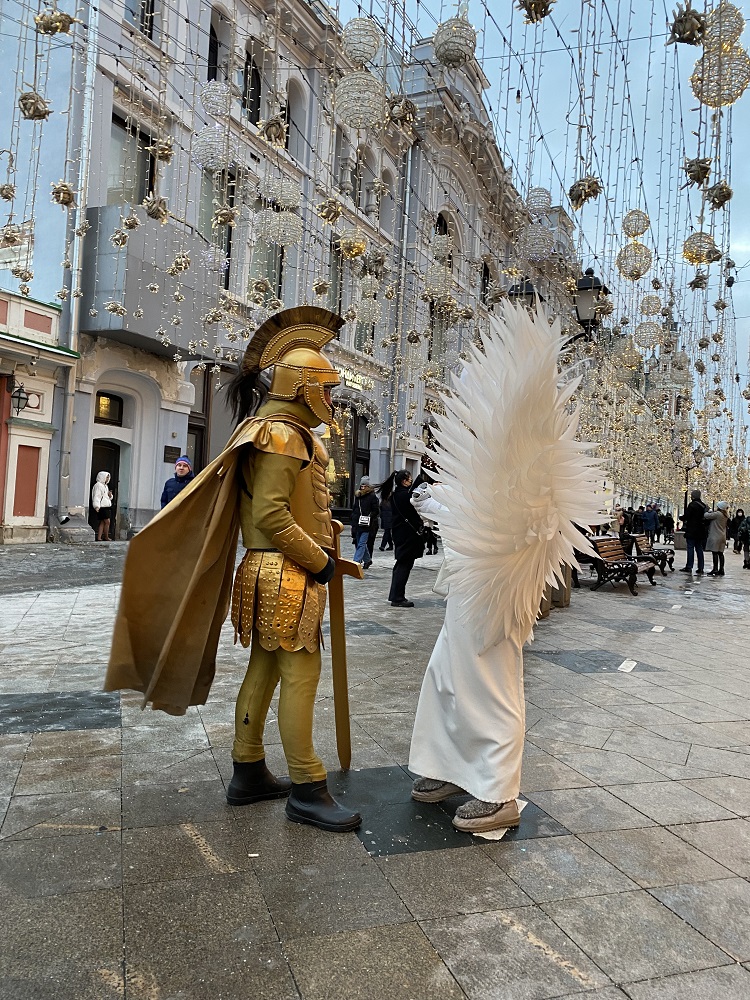 You might also find that the people working in shops will be rather kind when you flub around with imperfect Russian (or they’ll speak to you in imperfect English), walk away from them without actually buying that item they retrieved for you, or skip someone in line at the bank exchange. Some taxi driver, somewhere, will joke with you (and hopefully pay attention to the road). You might be invited to birthday parties, or at least a cup of tea; don’t ever underestimate Russian hospitality.

You will be impressed with the mix of modern and Soviet, the many cultural happenings, and the everyday convenience of living will endear you to the city quickly.

Shall I prove it?

A list of ten impressive findings in Moscow that will make you wish you could stay:

1.    It might be the most modern city you’ve ever lived in

Payment is the easiest thing in the world in Moscow. There is contactless payment in nearly every shop, and there is Apple Pay in the Metro (not to mention reasonable prices for monthly- and three-month passes, including underground and land transport: R2245, or about $30 for 30 days; R5430, or about $75 for 90 days). 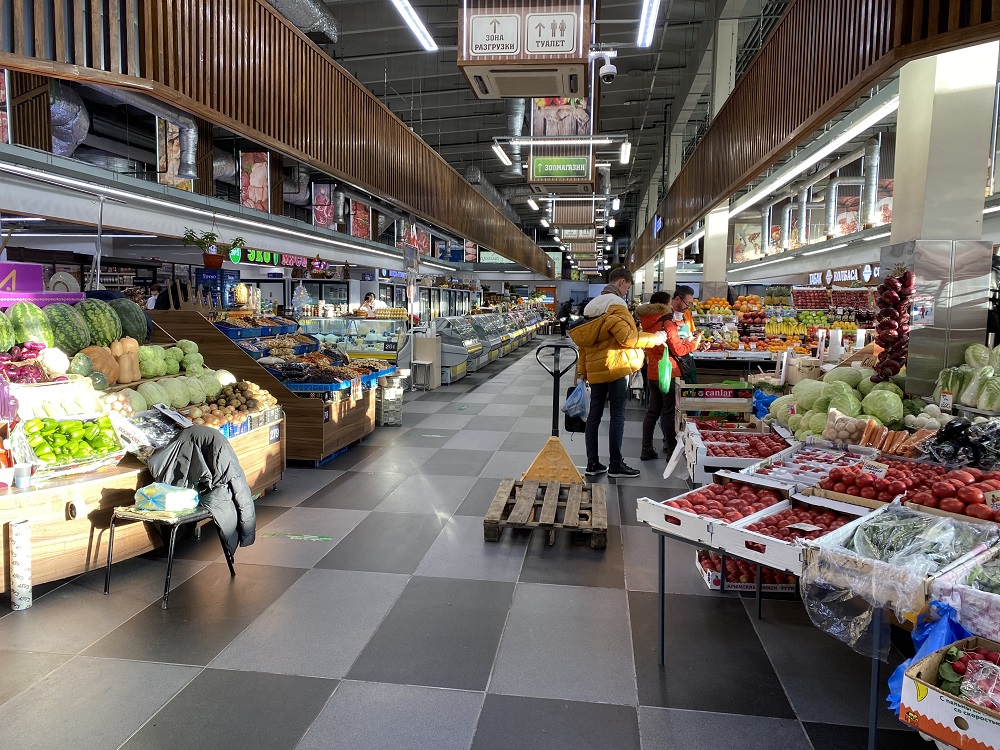 A grocery store seems to materialize on every corner, and most are open for 24 hours a day. You’ll find a restaurant open at any time, too. And, since 2011, the local government has improved “over 20,000 courtyards, 450 parks and nature areas.”

2.    The Moscow Metro stations are still as stunning as you’ve heard they are…

…and brand-new stations (styled like contemporary art!) opened this December. 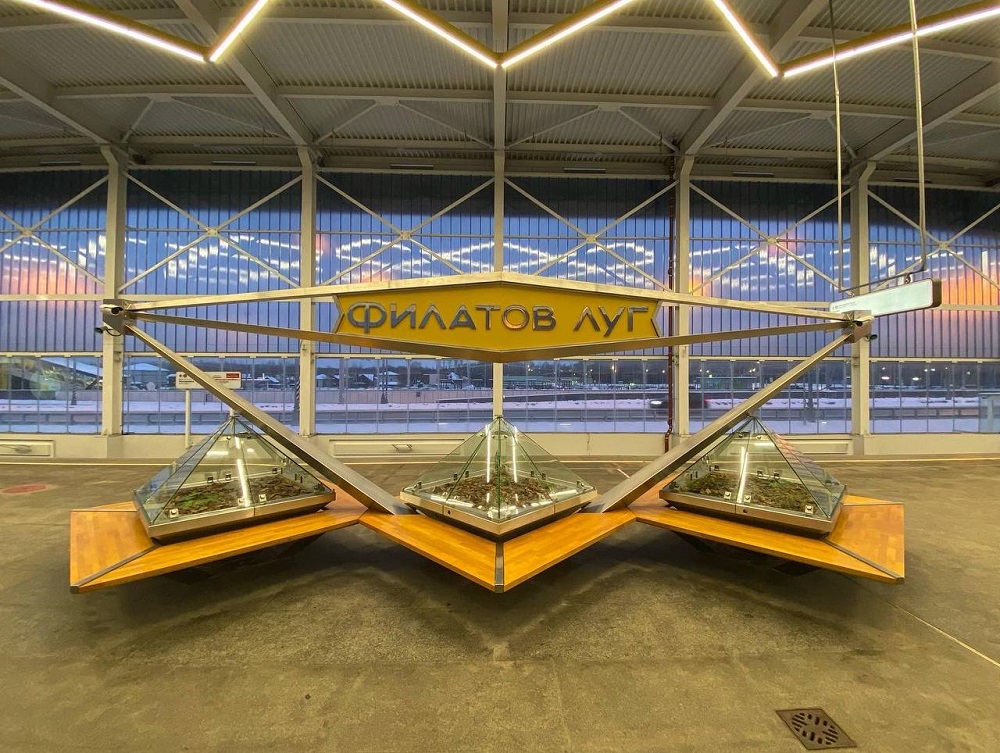 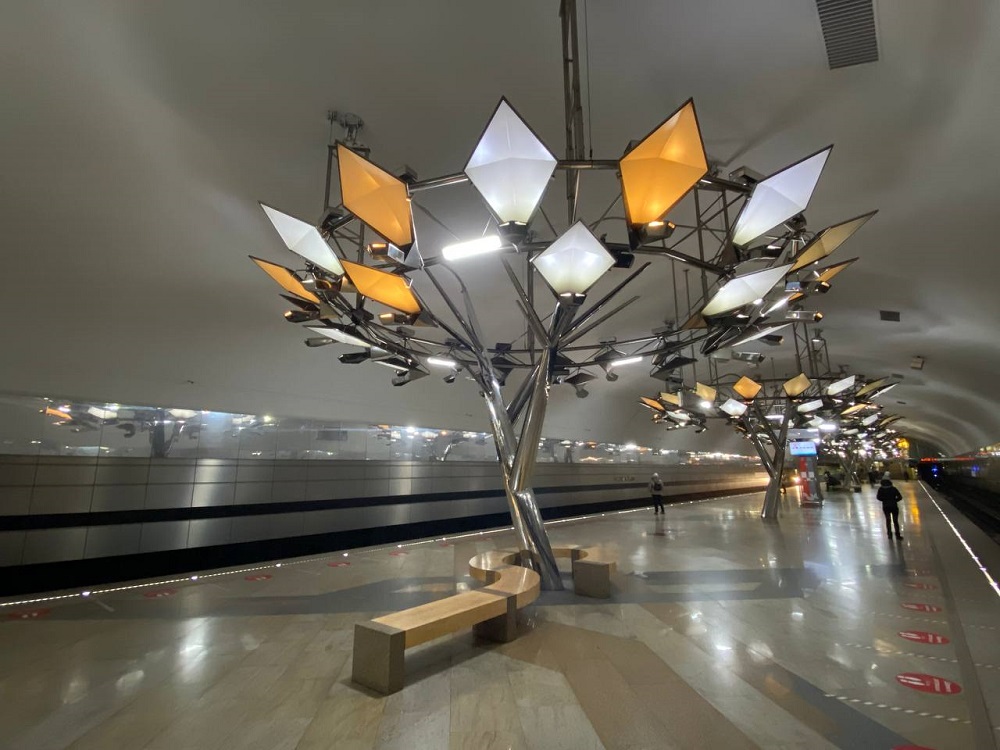 3.    The architecture is quite mixed

The city is incredibly clean (this goes for the Metro, too!), with grand parks and grander architecture. Much of it reflects European tastes, particularly in the center. For you inexperienced lovers of Russia out there, Moscow simply isn’t as Soviet as you might expect.

Many Soviet factories have been knocked down for lovely apartment blocks and residential neighborhoods.

4.    The contemporary art scene struggles, but is vibrant

It’s difficult to find funding as a contemporary artist in Russia today. There’s not much of a market for this work, in part because many modern Russians haven’t had much exposure to it in school or otherwise. There are few schools of contemporary art at the university level, too. But this does not mean the scene isn’t smashing! Visit Winzavod, the ZiL Cultural Center, JART Gallery, and others for fantastic exhibits.

Both in theme and proportion.

6.    Despite the pandemic, the Christmas spirit is soaring….

7.    …. and on that Christmas note, the Christmas market in the Red Square is populated with frilled child-hunting giants. Beware! 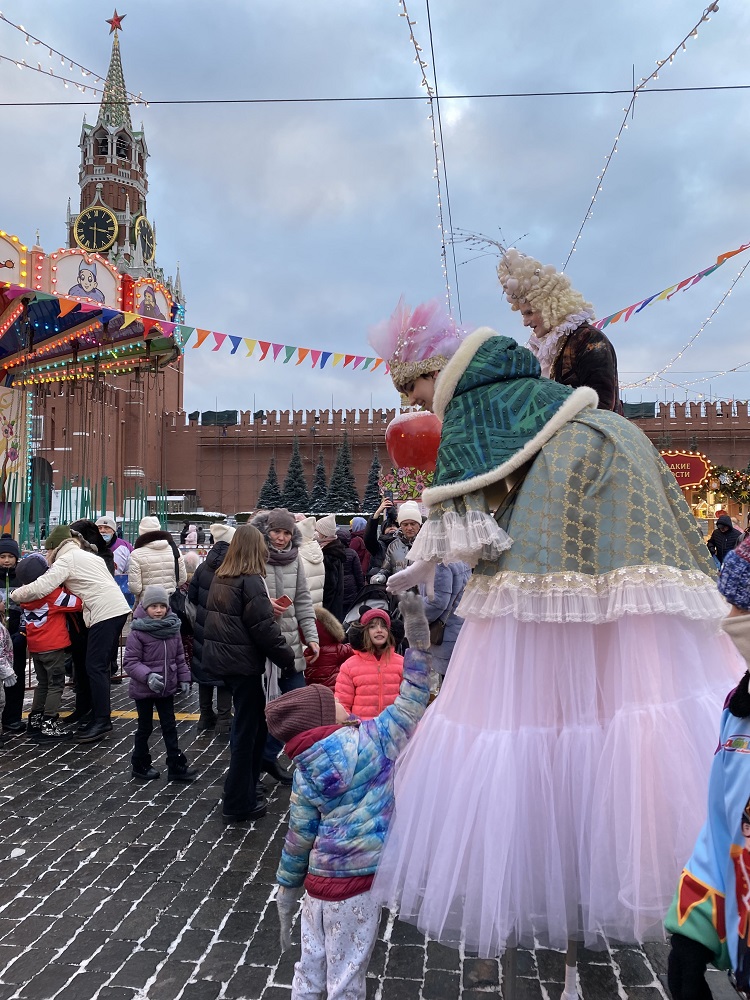 8.    The Kremlin and surrounding monuments still make one feel as though you are living in a fairytale

Minus the fairies. Word on the street is they’re not welcome in public. Too bad, because despite what mere mortals consider mischief, the fae folk have always had a keen sense for culture. 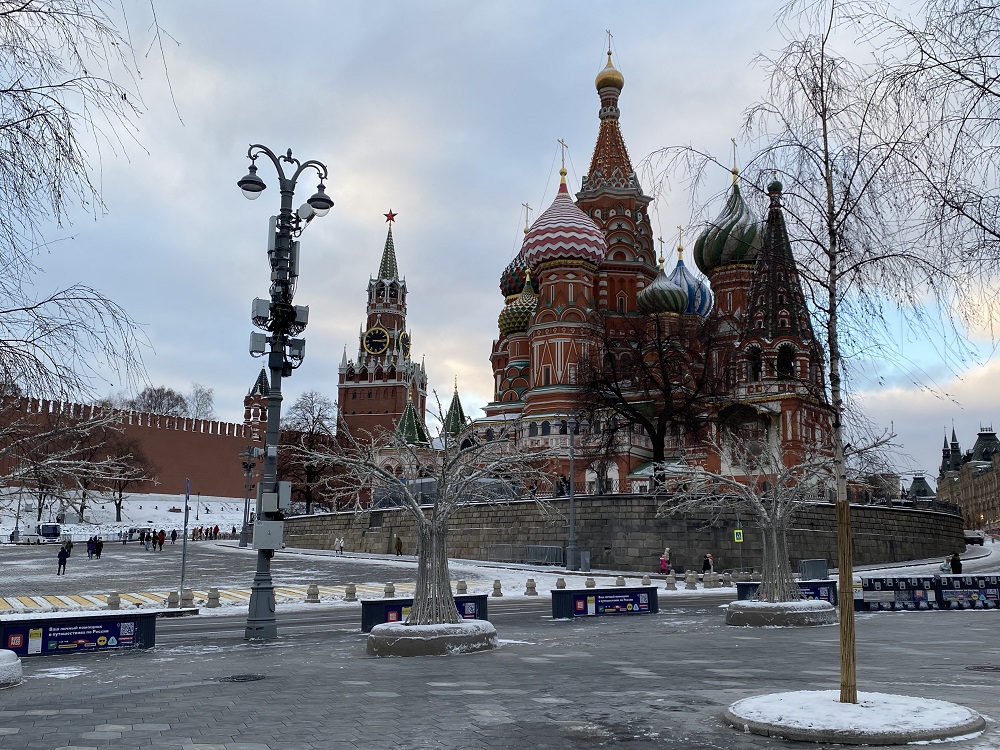 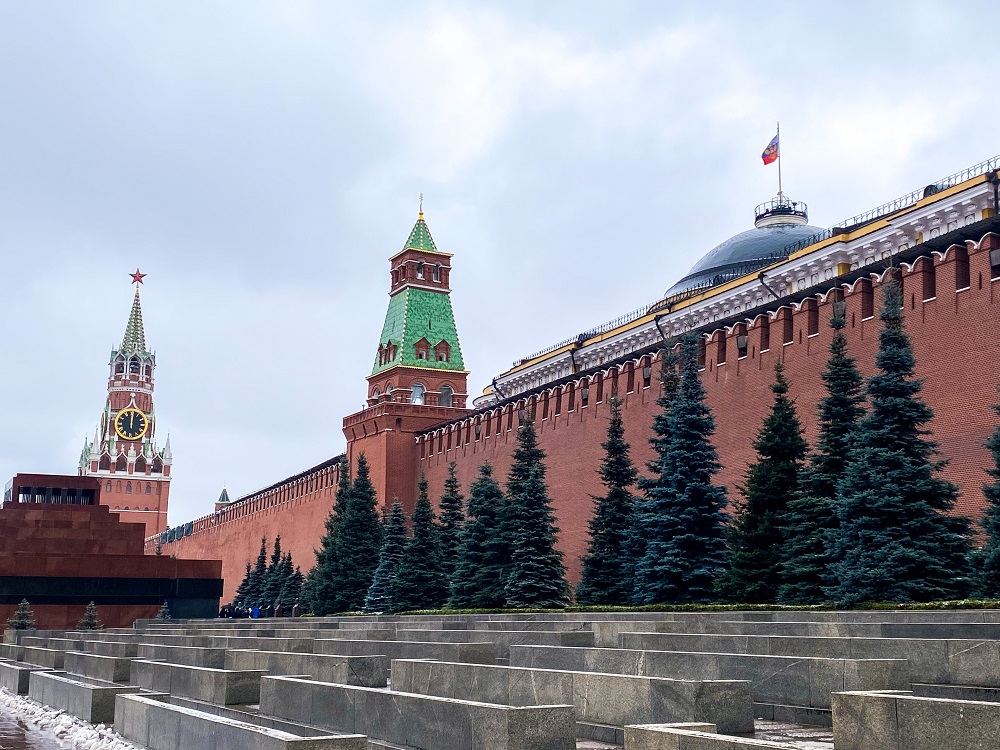 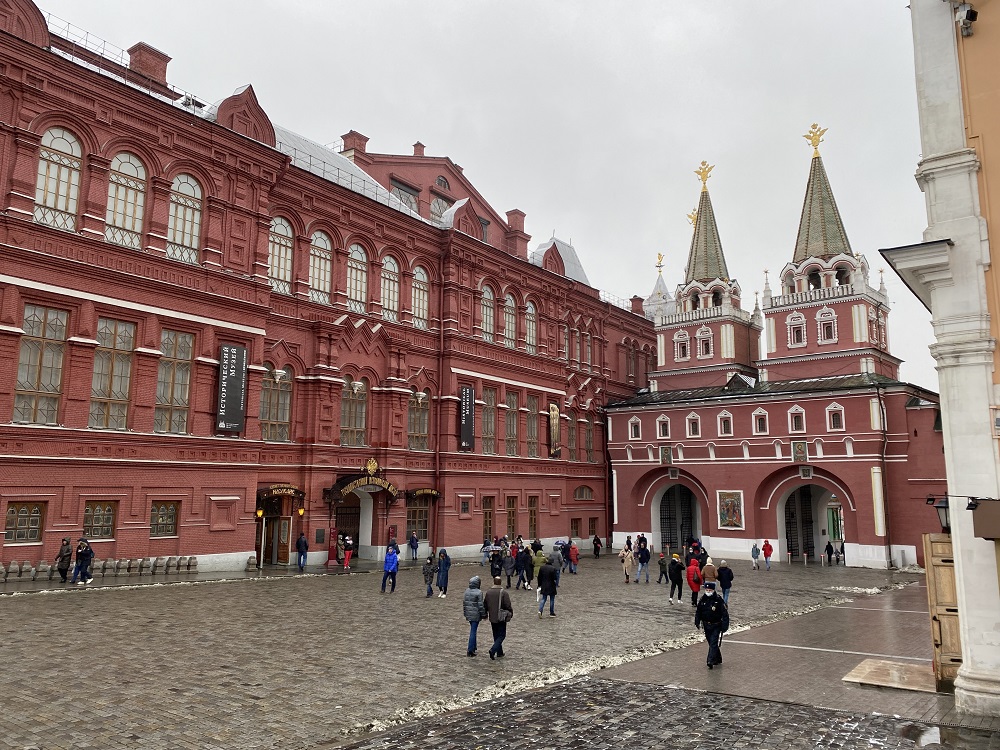 9.    Lenin is almost surely getting younger

You can’t take a photo of the famed figure, and this is most likely because no one is supposed to be documenting his regeneration. Bathed in a warm red light akin to what farmers use for hatchling chicks, or reptile-lovers for their little dragons, Lenin seems to be blonder, plumper, jollier (okay, perhaps not jollier…) than any portrait you’ll see. 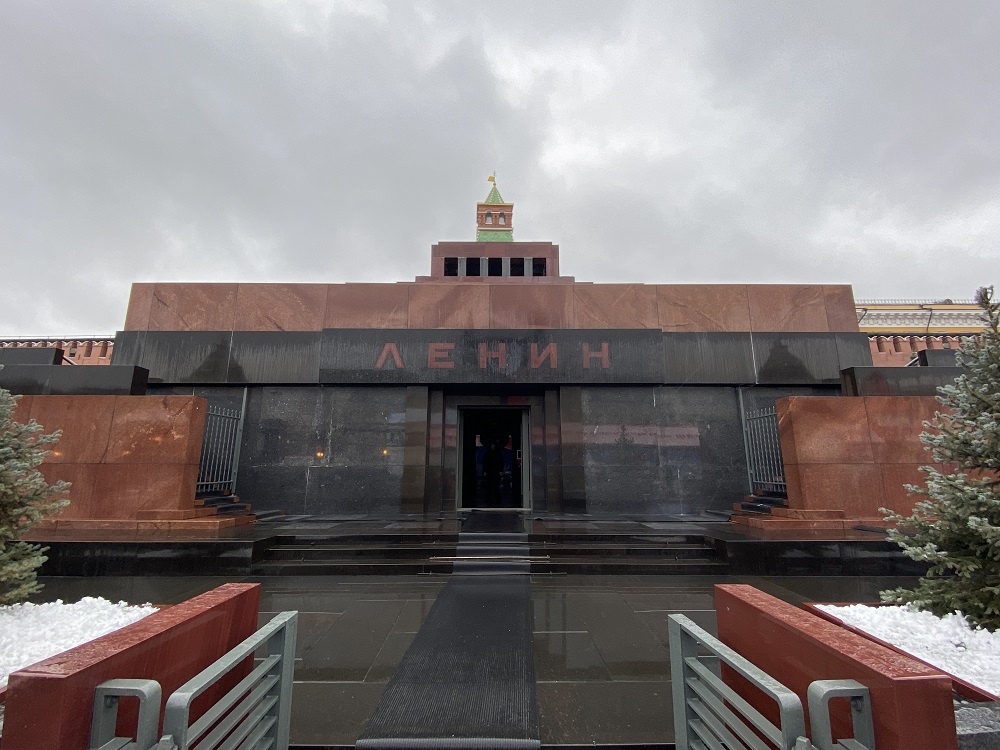 Bonus! There is a man who claims to stand outside of the entrance to Lenin’s tomb most days to see if he can’t trade old Soviet coins for foreign fare. Be sure to speak anything but Russian, just in case… 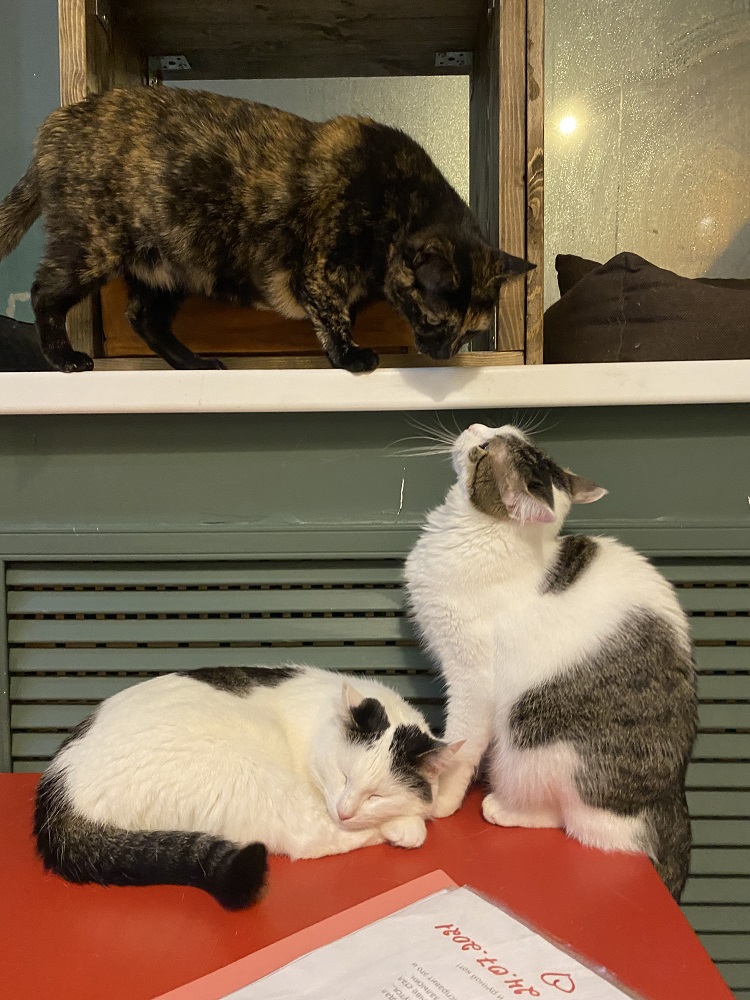 …where you can cohort with all stripes of furry friendlies, who are generously instructed not to ignore visitors – unless, of course, a benevolent human arrives with a bag of treats. In this circumstance, it is considered acceptable for the felines to flock to the cunning visitor like koi fish to breadcrumbs, leaving the rest of the cat lovers to wallow in jealousy.

If you are lucky, you will find a beast who is too lazy to move from the warm vent against the wall, and you can console yourself by petting said unresponsive lump.

It can’t really get much better than that.

By mid-October of 1941, Moscow seemed on the verge of falling to the Nazis. German troops had reached the city’s edge, and there were rumors of fascist tanks closing in.

People often ask me what lies ahead for Russia. This question always surprises me. It suggests that people think historians are part prophet, as if knowing a lot about the past means you can predict the future.

Sometimes the most incredible things can be hidden in plain sight. In this case, a main thoroughfare in the capital.

Moscow in the Middle

Despite the current economic downturn, the capital continues to buzz with construction and renovation. We look at what drives current changes and where things are headed.

Which Russian Metropolis is Right for You?

Are you a Moscow Maniac or a Petersburg Patrician? It's time to take a side!

One of our favorite spots in Moscow is a surreal blend of theme park, museum, and Stalinist kitsch.

Moskvarium: Making a Splash at VDNKh

One of the newest VDNKh pavilions is Russia's most dramatic oceanarium, embracing captive orcas even as other countries begin to abandon the practice.

Kremlin Finally Gets Around to Clearing Out Old Basement

Archaeologists have just completed digging through layers of cultural strata in the middle of the Kremlin, unearthing some interesting finds they totally forgot were down there.

Moscow Neighborhoods Due for a Face Lift

“They are different projects, but they have the same goal: to create a high-quality urban environment and new opportunities for recreation and sports close to home.” – Moscow mayor Sergei Sobyanin, announcing plans to improve Moscow’s public spaces.