2. The end is nigh, and it’s time to stock up on water. That’s the message from some Russian journalists, who are urging viewers to prepare for a nuclear apocalypse in reaction to new tensions between the United States and Russia. What’s on the grocery list? Fewer sweets and more water, advises one journalist. Say what you will about nuclear war, but it sounds like it will help enforce a healthy diet. 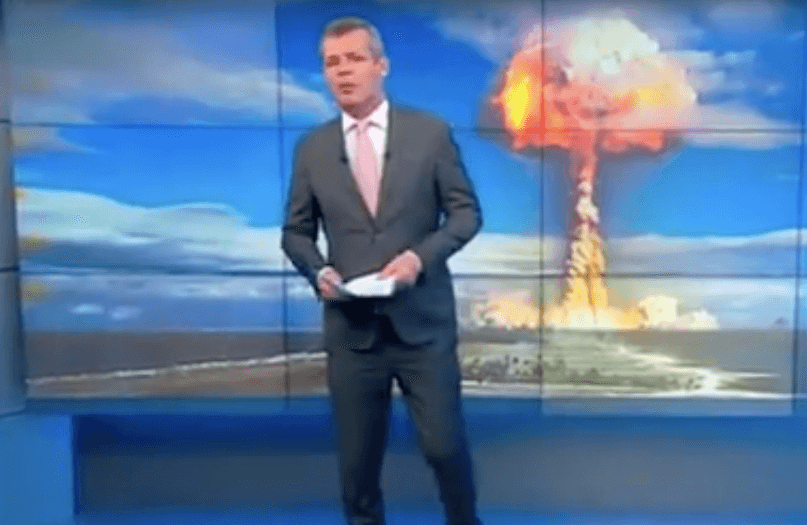 3. The world has seen a new record broken and is experiencing a new dawn of human accomplishment. What record? This week, Russians set the new record for the most people skiing downhill while wearing a bathing suit: 1,525. The record-breaking event was part of an annual Siberian snow festival, Grelka Fest. Grelka Fest also hosted a concert, skijumping into a pool, and a festival of colors celebration. The Russian aptitude for fun in the very cold sun seems to know no bounds.

“Sweet tooths will have a hard time: Chocolate, candy, and condensed milk will have to be left in your past life.”

—A dire warning from a Vesti-24 news anchor

1897
Famous meeting of Stanislavsky and Nemirovich-Danchenko where MKhAT is conceived.