"Gilyarovsky's self-described "chronicle" is a spectactular verbal pastiche: conversation, from gutter gibberish to the drawing room; oratory, from illiterates to aristocrats; prose, from boilerplate to Tolstoy; poetry, from earthy humor to Pushkin." – From the Translator's Introduction

from the depths of Moscow’s sewers
to the murky back rooms of its gambling dens...

from the steam-filled halls of banyas
to the dining rooms of posh restaurants and taverns...

from the lives of students and waiters
to the struggles of market traders and heroic firemen...

Gilyarovsky documents pre-Soviet life in the Russian capital like no work before or since, and this new translation includes dozens of historical photos, locator maps, an index, and a Russian language appendix of all poems and songs translated in the book.

See a map of many places mentioned in Gilyarovsky's work.

Winner of the prestigious 2015 Award for Best Scholarly Translation
into English by the American Association of Teachers of
Slavic and East European Languages. 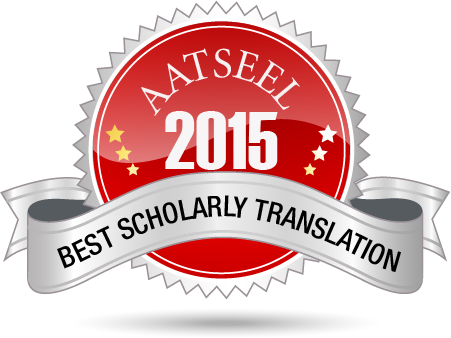 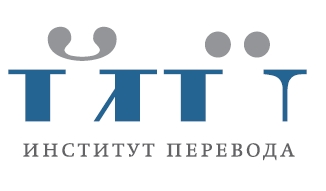 This book was translated into English thanks to a generous grant
from Institute for Literary Translation in Moscow.

A few morsels from the translation:

“Cups held by monk alms collectors clinked. A tramp might run in, down a glass of vodka, and try to run off without paying. The waiters would detain him, causing a scene. They would call a city cop, fat and self-important, from his post. Realizing what was happening, he might spit and walk away grumbling, ‘For five kopeks they’re distracting city government!’”

“Then the cleansing of Hunter’s Row was undertaken. First, it was ordered that all the shops get cats. But most already had one. This had been a sport – raising the fattest cat. Sated, enormous cats sat on the counters, and the rats paid them little attention. Cats were removed from the booths all around the courtyard after the night when rats devoured one.”

“Mosolov lived alone in an enormous apartment, but kept a servant from among his former serfs. He usually spent half the year abroad, and the rest in Moscow, receiving almost no one. Occasionally, he would go out accompanied by his driver, a former serf whose name no one knew, but whom everyone called Noodle.”

On Gilyarovsky and his work

"This is an unaffected man with a pure heart, completely lacking in the sort of deceit so common in members of the press. He is constantly telling funny stories, carries a watch with an indecent picture on the face and, when he is at his best, does card tricks."

"Vladimir Alexeyevich was a newspaper reporter, just a reporter! But it is difficult to find words to express how high he held the banner of literature in such a modest role. When I remember how conscientious he was, flying off in the middle of the night to the printers in order to correct a tiny mistake in a ten-line piece, how inventive he was in order to get at the truth, how he disguised himself as a trader or a swindler, how he made the rounds of the villages and taverns… when I remember his ever cheerful, warm tone, his complete attention to all things that ennobled the newspaper… when I recall his stocky, healthy figure at all those meetings, exuding honesty, courage and selflessness… then I feel there will never again be such an example of a reporter…"

"...This English rendition is a true accomplishment... students studying any aspect of nineteenth-century Russia would gain from this work a more graphic and more complete sense of the vanished pre-revolutionary world than any single textbook or literary work is likely to provide."

Brendan Kiernan’s translation of Gilyarovsky’s book is truly a labor of love, with painstaking attention to detail and lucid, lively, smoothly flowing style, expertly rendering Gilyarovsky’s prose that has captivated generations of Russian-language readers. Admirably, Kiernan spares no effort in rendering the voices of ordinary Muscovites that appear in the pages of Gilyarovsky’s book—a feature of the work that acquires particular relevance in the context of this year’s award of the Nobel Prize to Svetlana Alexievich. The project is enhanced by the translator’s extensive annotations, a rich selection of photographic illustrations and appendices, and, very importantly, maps—both within the published volume and as an online supplement. At last available in English translation, Moscow and Muscovites is an invaluable resource for a broad audience, from students to senior scholars. Kiernan’s deft translation fills an important lacuna in the sources on Russian cultural history.

"...this amazing and overlooked book is an important addition to any bookshelf... Here, in vivid architectural and cultural detail, is a loving, yet honest depiction of pre-revolutionary Moscow... Gilyarovsky is great because he gets into the down and dirty – slums, decadent nightclubs and banquets – without judging; actually, he's there having a good time... the prose is fine enough that I devoured this like candy. Thanks much to the translator for this selfless labor."

Vladimir Gilyarovsky (1853-1935) was an adventurer, raconteur, poet, actor gourmand, and an indefatigable journalist. Indeed, Russians (who call him, affectionately, "Uncle Gilya") consider him the grandfather of Russian journalism. His chronicle of Moscow captured the great city in a literary chrysalis just as it was being ravaged by the Bolshevik Thermidor.

Brendan Kiernan is a freelance translator and political analyst. A student of Russian language and literature since 1977, he earned his bachelor's from Williams College and his Ph.D (in Political Science) from Indiana University, Bloomington, as well as an area studies certificate from IU’s famed Russian and East European Institute. He is the author of The End of Soviet Politics (Westview), and his stunning translation of Andrei Bely’s forgotten masterpiece, The Moscow Eccentric, was published by Russian Life Books in December 2016.
An interview with Brendan Kiernan in SlavFile, Winter 2014 [PDF]