This Saturday, November 16th, marks the 340th birthday of Alexander Danilovich Menshikov, a favorite of Peter the Great, Generalissimus of the Russian Army and Duke of Ingria.

About 25 miles outside the imperial capital of St. Petersburg, in the quiet suburban town of Lomonosov, you can still find a gem of a palace, untouched by the horrors of German occupation. Restored for the estate’s 300th anniversary, the Oranienbaum palace recalls the days of glory of a former pie-seller, Alexander Danilovich Menshikov. 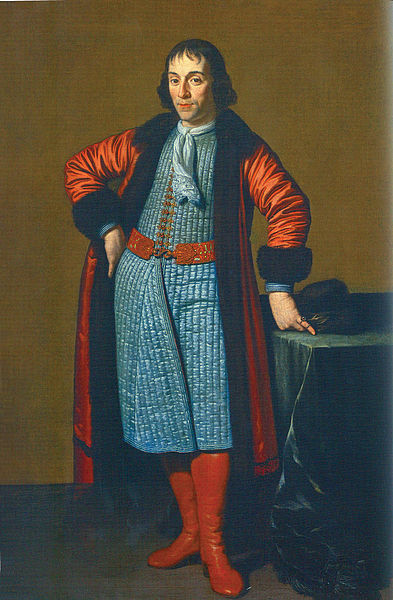 Young Menshikov (in Holland during the Grand Embassy)

Built into a hillside, the palace seems to represent Menshikov himself: it’s a small structure when looking downhill, not much bigger than the average nobleman’s residence. Looking uphill, though, suddenly the ensemble is overwhelmingly ornate and magnificent, with multiple layers of marble staircases and imposing galleries seeming to embrace the sky. Top it all off with an imperial crown, to drive the point home: to get this kind of opulence, you need to be in the tsar’s good books. 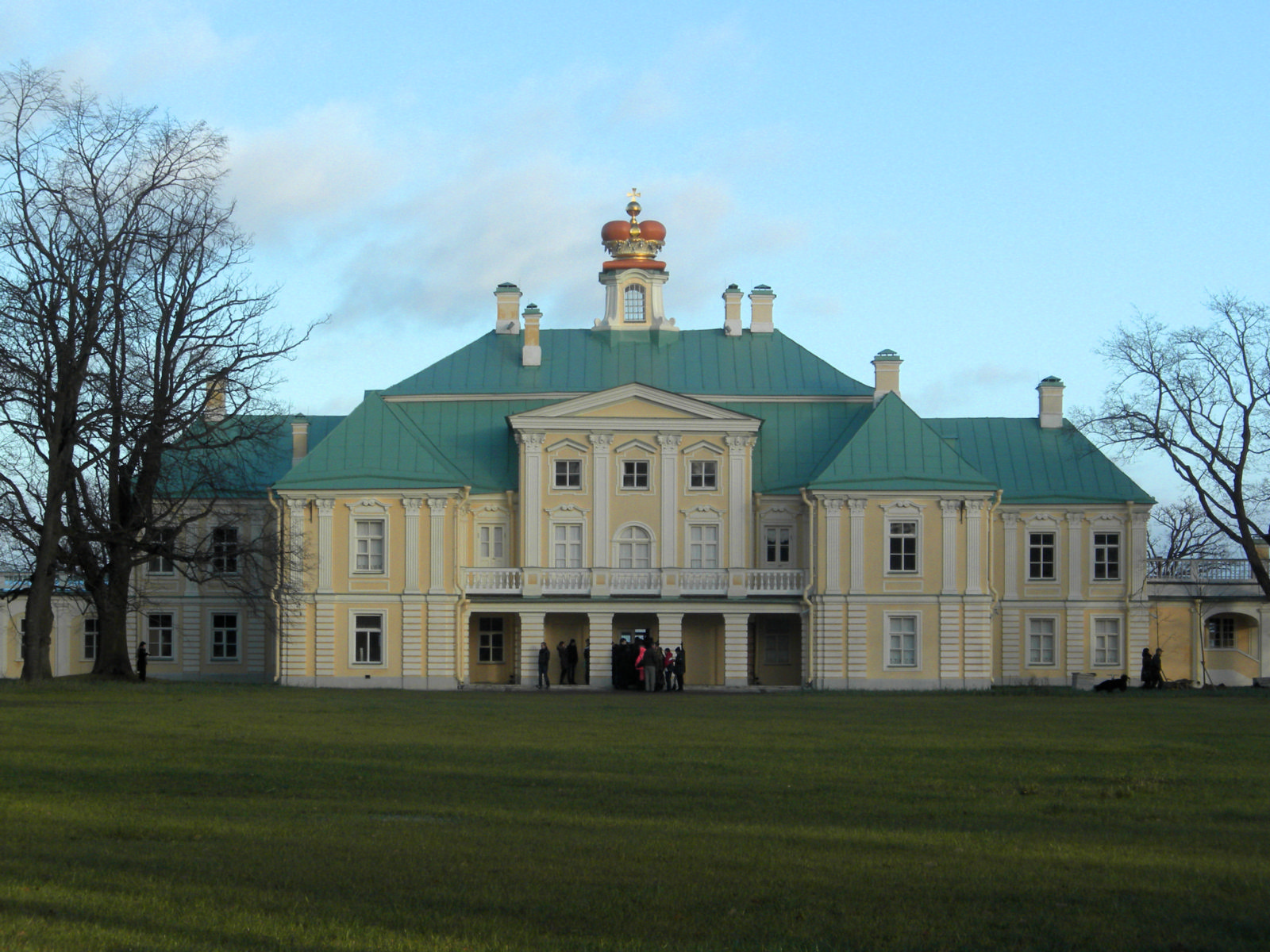 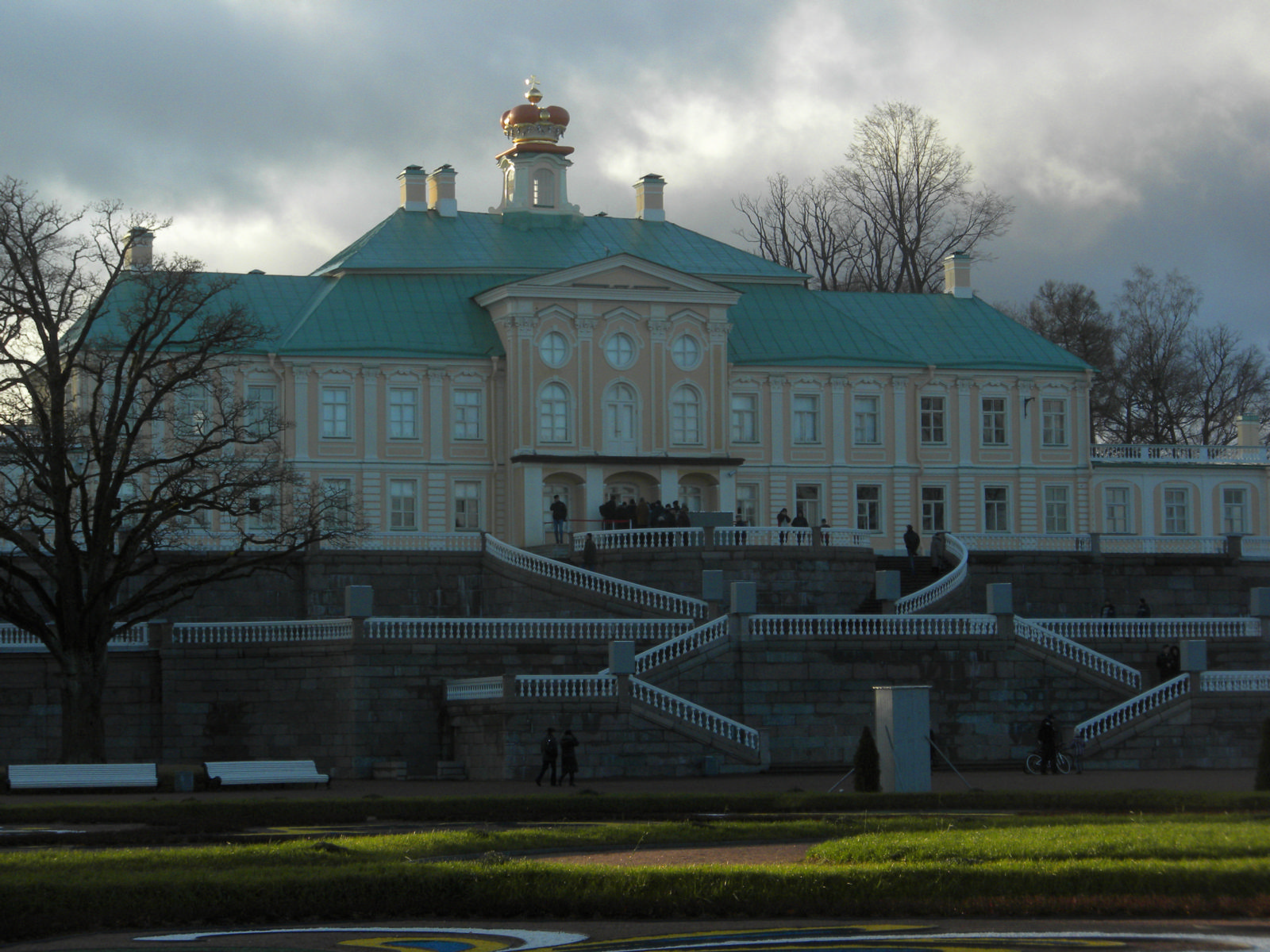 From his (relatively) humble roots, Menshikov rose to the highest position in the land – second only to Tsar Peter himself, of course. All of Peter’s ideas and decisions were subject to feedback from his right-hand man. He had command of the armies, and was the only duke in Russian history – Duke of Ingria (a.k.a. Izhora or Ingermanland), more or less modern St. Petersburg and environs. Menshikov’s mansion was the first stone house in St. Petersburg, right in the center of the new capital. 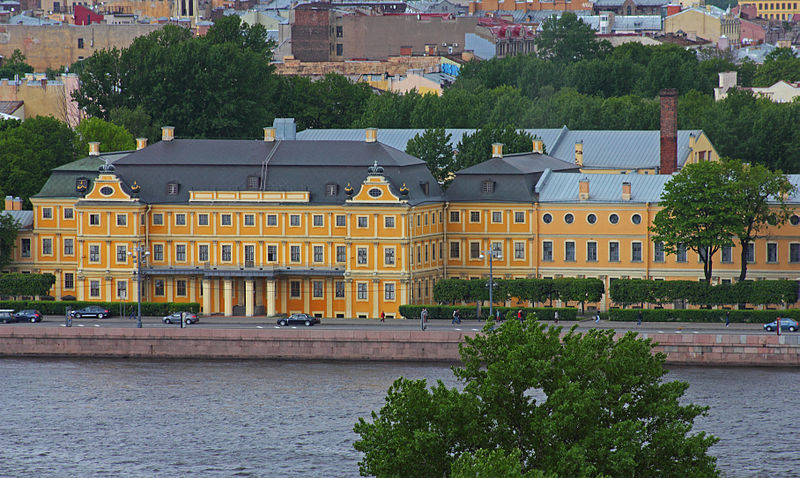 It all sounds like a meritocracy, doesn’t it? And yet, Menshikov’s merits had their pros – his wit, his military leadership, his ability to turn ideas into action – and their cons. In addition to all the favors he already got from Peter, Menshikov felt the need to constantly bend the rules and take money for himself, illegally confiscating property and accepting money from fugitives for the right to live on his land. The luxuries of Oranienbaum serve as a testament to Menshikov’s corruption and greed as much as to his deserved success. 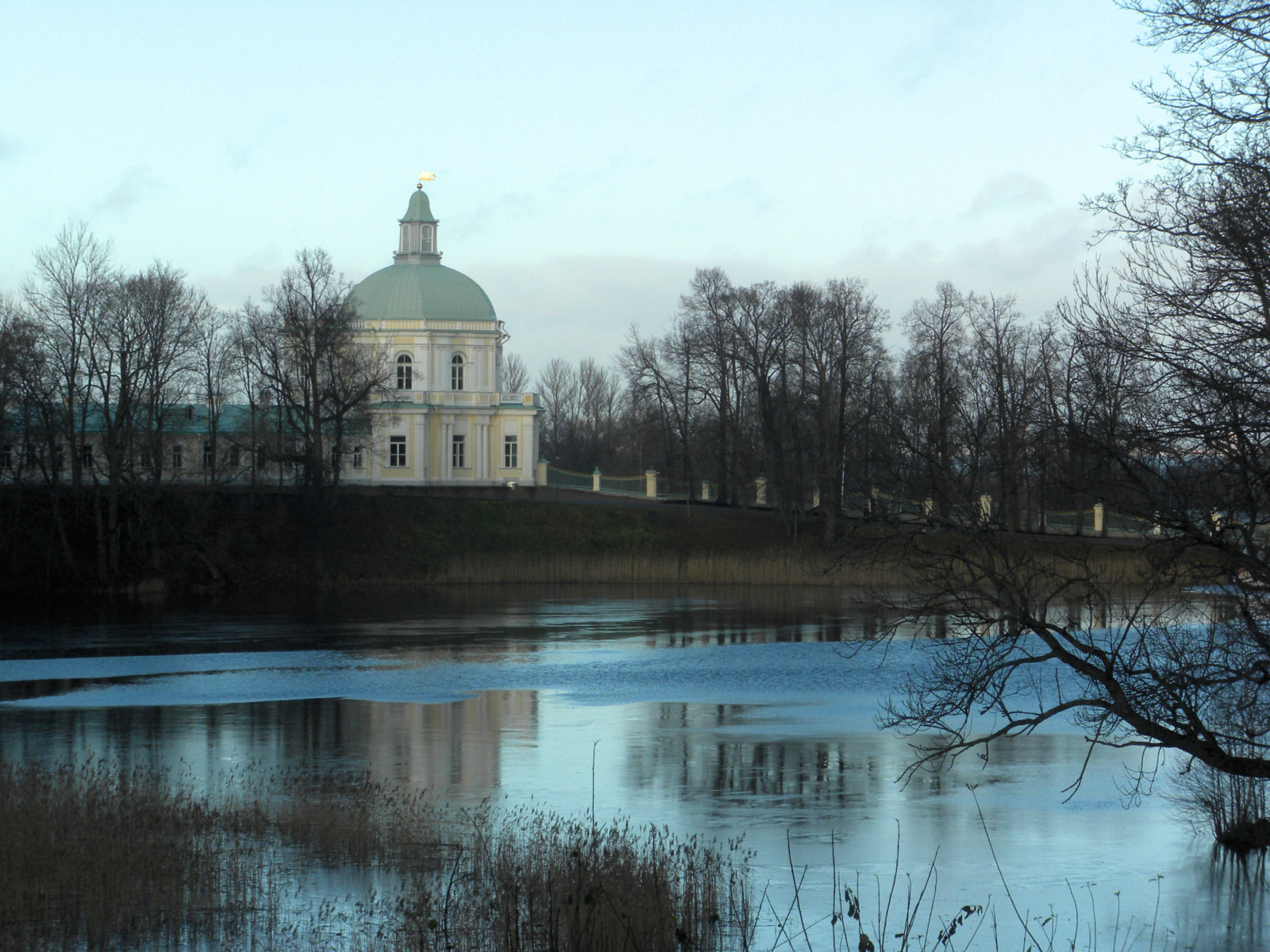 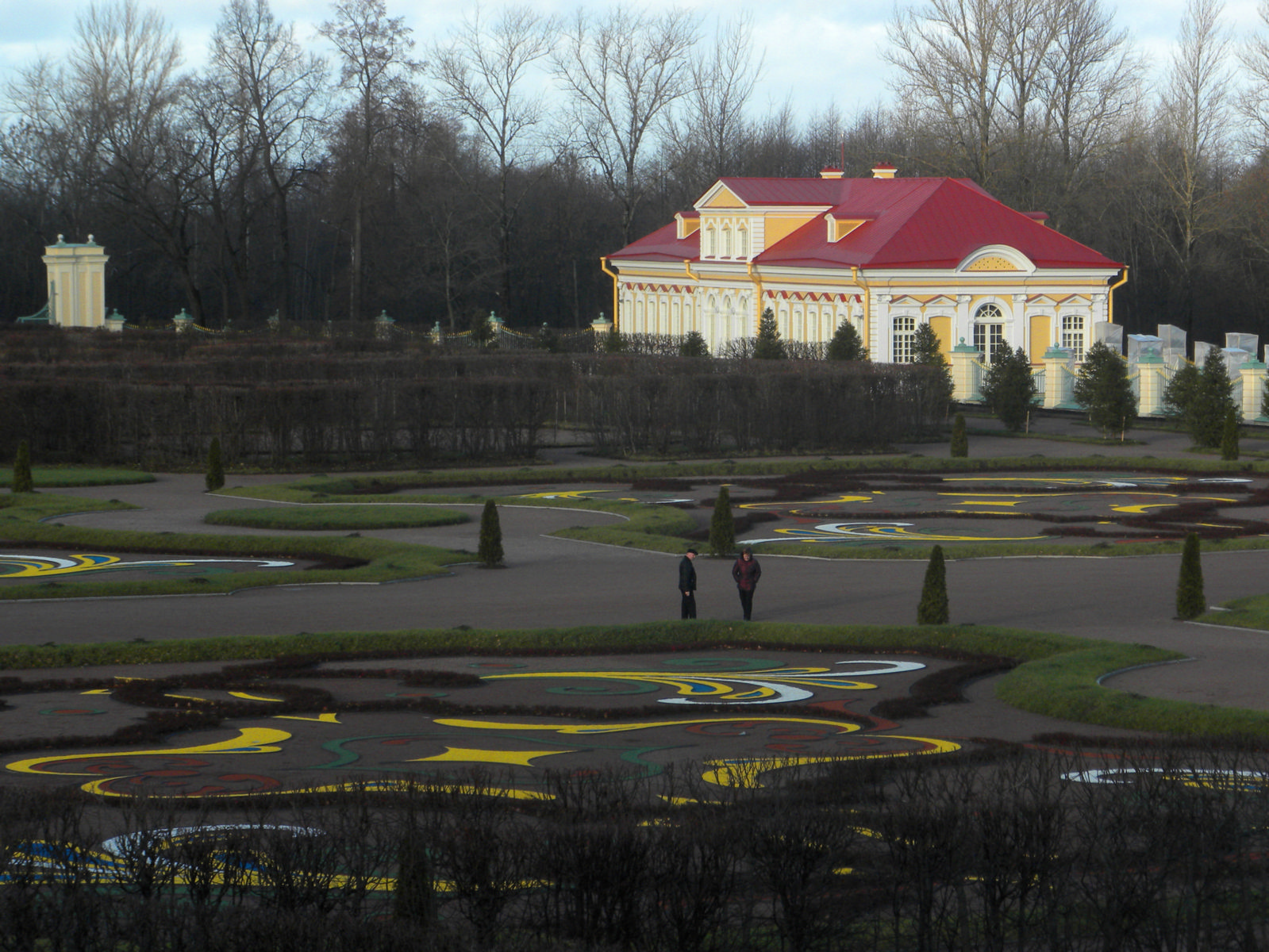 How much land did Menshikov have to confiscate elsewhere to afford this grand of an estate?

How did Menshikov ever stay in power, with that kind of attitude? Simple: he was useful. “In cases of a man’s life or honor,” Peter wrote of Menshikov, “justice requires us to impartially weigh both his crimes and his services to tsar and to fatherland – and I’ll need him later.” Menshikov was happy to wear Western clothes, shave his beard, and help Peter get everyone else to do the same, not to mention command his armies and convict his son for treason. 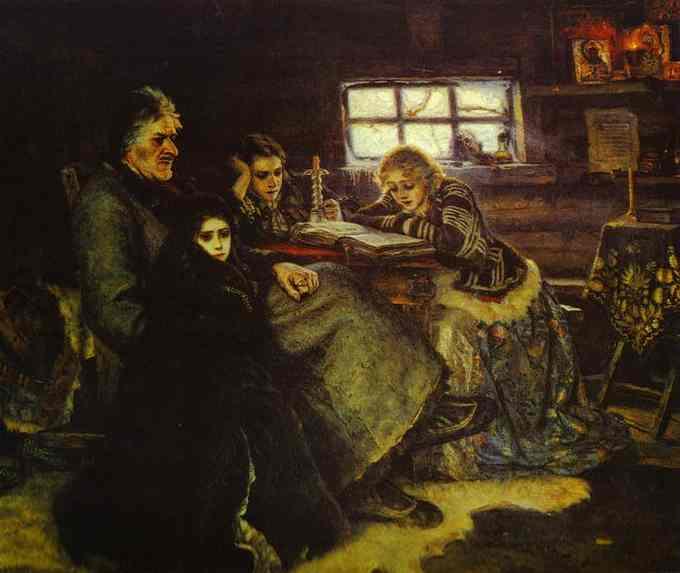 Menshikov in exile (1883 painting by Surikov)

The only trouble is, tsars are just as mortal as everyone else. Peter died in 1725. Still on a roll, Menshikov was practically in control of the country for two more years before being arrested and exiled in 1727 – the dangerous flipside to being a monarch’s favorite. As for Oranienbaum, it was confiscated (a taste of Menshikov’s own medicine!) and later expanded as an imperial residence. Menshikov never saw its expansion: he died in 1729, still in exile. 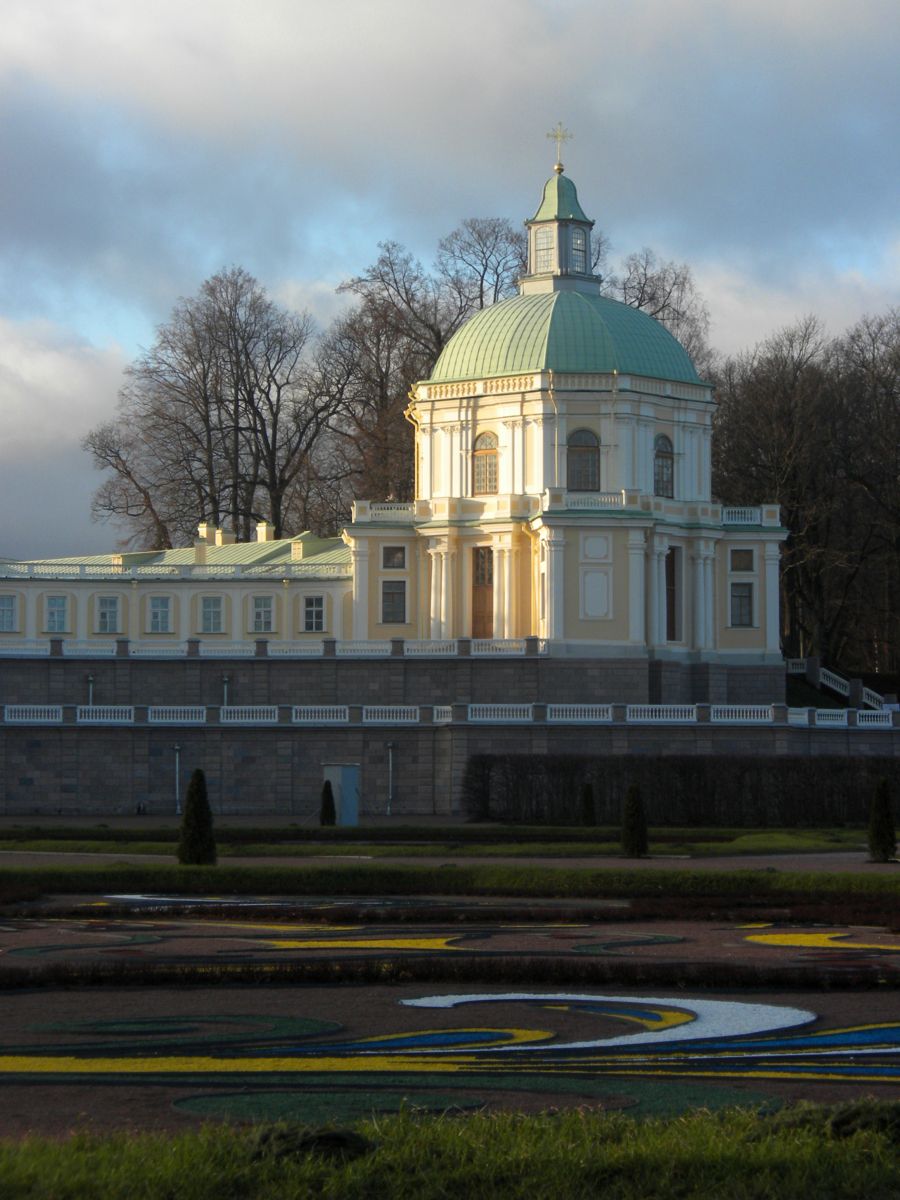