1. When every Thanksgiving dinner conversation seems to lead to a hidden minefield, sometimes a real minefield is a relief. Though only if no one missteps, of course. Local history buffs discovered a World War II era minefield at Krasnaya Gorka fort, not far from St. Petersburg. The minefield lies in the forest near what is today a busy road, and is itself prime mushroom-picking territory. Amazingly, though, no one has ever been injured by the estimated 400 improvised explosive devices buried there. Thankfully, the army aims to keep it that way by closing down that section of the woods until all mines are found and the coast is clear.

2. Sometimes the stars align, sometimes you align the stars. The editors of Moi Portal, a Tyumen-based newspaper, wanted to get Ryan Gosling something special for his birthday, and settled on a tour of the great city of Tyumen. Ryan didn’t show up, but they took him around anyway — in his plastic cutout form, at least. They treated him well, too, giving him a fur coat and graciously taking his picture in every new location. Treating the guest well even when there’s no guest: how’s that for Russian hospitality?

3. There have been a variety of videos of government workers dancing in extremely odd ways, but we certainly won’t say no to just one more. Police officers in the Sakha Republic posted a truly wonderful video of themselves as an advertisement for a police benefit talent show. We don’t want to spoil it for you, but the video includes stony faces, gyrating hips, and a little bit of magic. 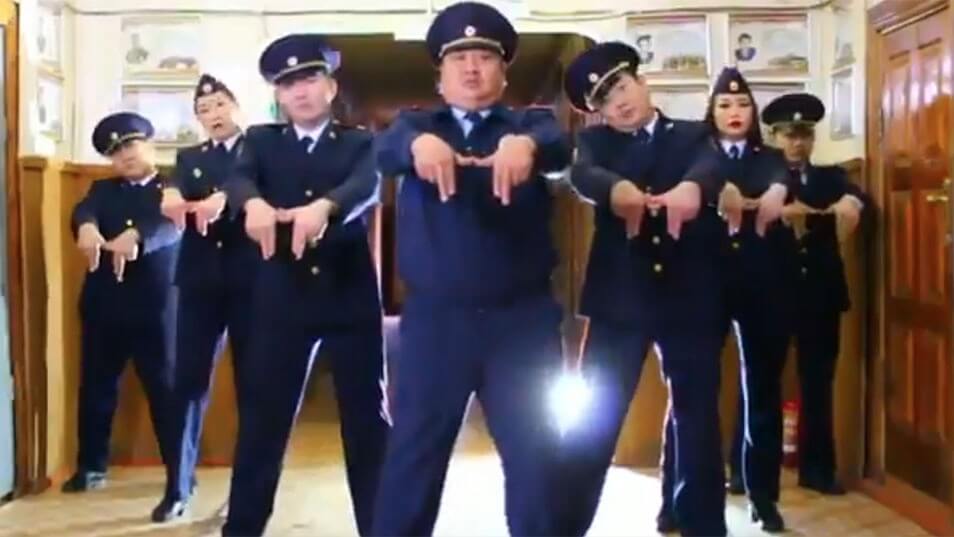 — The editors of Moi Portal, referring to the city of Tyumen

~Thank you to David Edwards for a double contribution this week!~