Today, March 8, people throughout Russia and many former Soviet countries are celebrating the women in their lives. At first glance, International Women’s Day appears to be a socialist holiday, but its history goes farther back – and its modern form has nothing to do with socialism!

Like any self-respecting holiday, International Women’s Day – known in Russia simply and matter-of-factly as “March 8” – has its own founding myth that likely has little to do with its real origins. On March 8, 1857, female textile workers in New York allegedly went on strike, demanding shorter hours, decent working conditions, and equal pay with men. Perhaps they were inspired by the Romans: on March 8 both free and slave women in ancient Rome supposedly got the day off [ru] and paid their dues to Vesta, goddess of the hearth.

But back to the modern era. Whether or not the strike happened, the holiday’s real origin story begins at the 2nd Congress of the Second International (1910), where Clara Zetkin proposed a day for women to march, protest, and call society’s attention to their issues. She was most likely inspired by a similar holiday already announced by the Socialist Party of America, starting in 1909 and observed on the last Sunday in February. The international version of the holiday shifted around in early spring before happening to fall on March 8 in 1914. 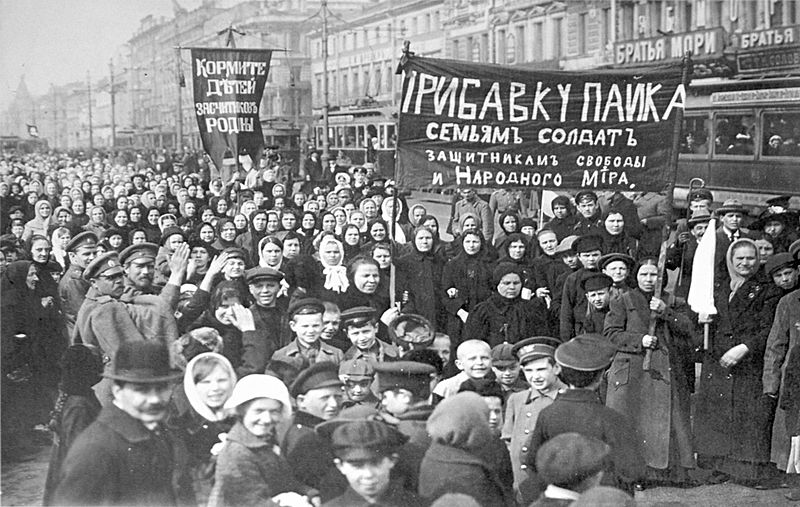 On the particularly fateful March 8 of 1917, women in the streets of St. Petersburg did more than just call attention to their own issues. Their demonstrations against wartime deprivations and other political issues grew into what later became known as the February Revolution (March 8 being February 23 according to the Julian calendar in use in the Russian Empire). As a bonus, their actions cemented March 8 as the date for International Women’s Day, which over time became somewhat less international and more confined just to the Soviet Union.

True to its socialist origins, the holiday remained political in its official observance, up to and including official communiqués on the status of women and progress on women’s issues. But as the revolution became history and revolutionary fervor died down, so too the holiday lost much of its political bent. Aptly described as a cross between Mother’s Day and Valentine’s Day, the current iteration mostly revolves around flowers and pleasant surprises of the breakfast-in-bed variety. 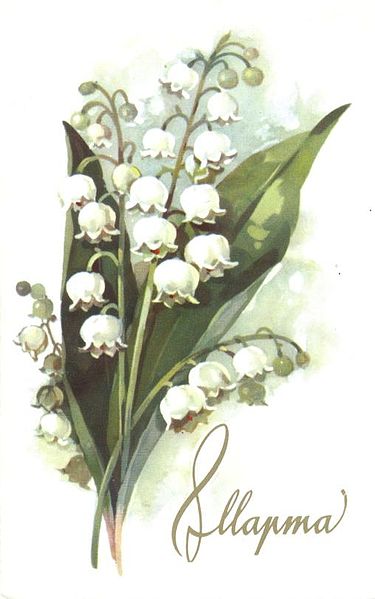 Is this a mockery of the holiday’s conception? One of the day’s most outspoken critics, Natalia Radulova, certainly thinks so [ru]. What do Russians celebrate on March 8? Women, just because they’re women? Smacks of sexism. And yet March 8 remains a mainstay of Russian culture, just as the equally baseless New Year’s and the still-celebrated-by-inertia [ru] anniversary of the October Revolution (seriously, can anyone explain those random days off in November?). Like any self-respecting holiday, International Women’s Day has a bit of a murky backstory, but who cares – Russians will still line up all day to buy flowers for that special wife, girlfriend, mother, or daughter in their lives!

Once embraced by Soviet authorities as a celebration of women's liberation under communism, International Women's Day (March 8) stands stripped of ideology, but not consequence. Our author takes the occasion to ask women about their role in the new Russia.

In commemoration of International Women's Day, celebrated widely in Russia, we offer portraits of the daily lives of eight remarkable Russian women. Those profiled include: a ballet dancer, a bakery shop assistant, a television anchor, a train conductor, an artist, an athlete, a travel agent, and a cab driver.

A look at the origins of International Womens Day (March 8), how it was celebrated in Soviet times, and how it is changing today.

International Womens' Day; Russia honors the role of all women in Russian culture.