1. One fish, two fish, red fish, what-the-heck-is-that fish?! Roman Fedorstov is a Russian fisherman whose life’s work is finding the weirdest, creepiest, and sometimes cutest fish you’ve ever seen. Roman is a deep-sea fisherman based in Murmansk, an Arctic Circle city. He goes out for months at a time, returning to the internet with photos that elicit all types of emotions, from disgust to fear to love. Whatever emotion it is, we’re taking the bait. 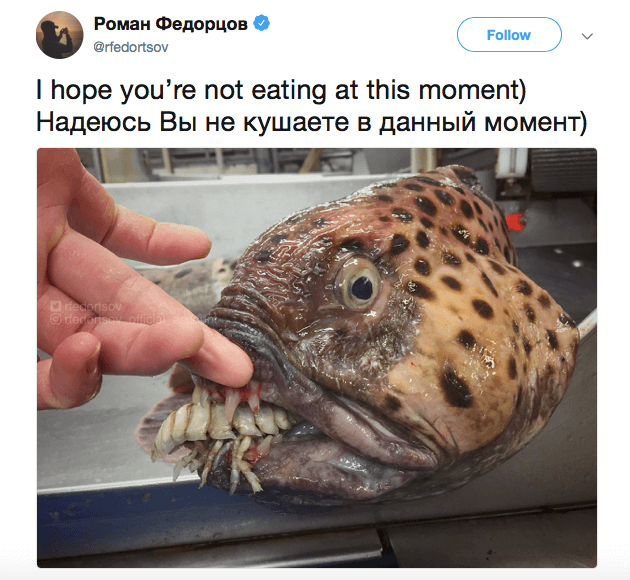 2. Not just punked but double-punked… Russians outraged by a feminist prank video may just be falling into a trap. Last month, a video of a woman appearing to dump bleach on metro-riding, manspreading men went viral on Russian social media. This, of course, caused outrage beyond compare against “feminists who take things too far.” Well, the video may be fake. A St. Petersburg publication found evidence that the disgruntled men in the video were paid and suggests that the studio that shot it is linked to the Kremlin. In this light, the video may have been created to stir resentment towards feminists, taking he said, she said to the next level. 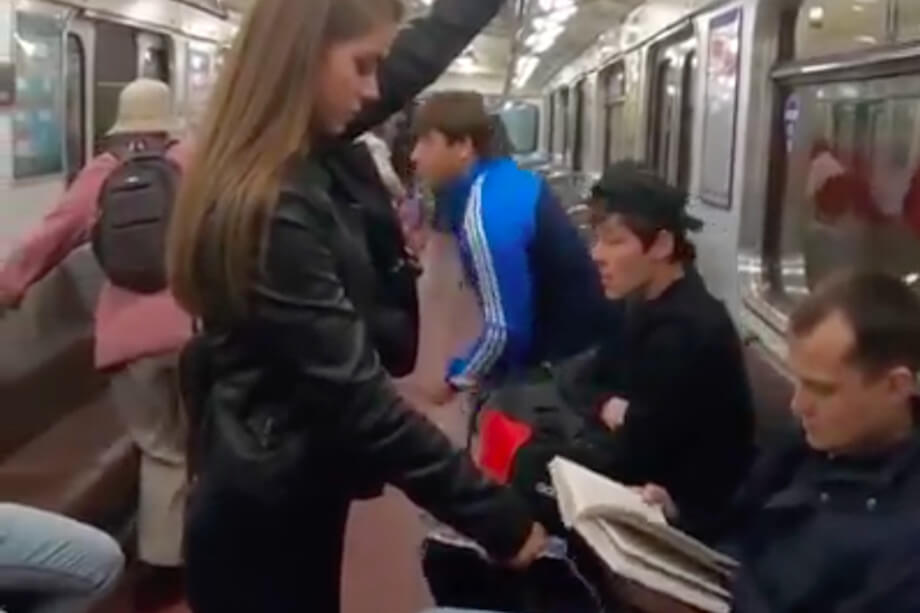 3. In the past week, Russian border guards have helped rescue at least six North Korean fishermen stranded in capsized boats during deadly typhoons. The helping hand isn’t limited to aiding North Koreans: officials said that in the past 2 months 540 Chinese, South Korean, and North Korean vessels sought safety in the port of Primorye during dangerous typhoons. However, it’s not all good neighborly generosity, as the acting governor of Primorye stated that the need to rescue North Koreans demonstrated the amount of North Korean poaching in Russian waters.

“I will be at sea for 2.5 months. Without internet. See you in late autumn. I hope you will like my new photos!”

— Roman Fedorstov, as he leaves for a new funky-fish-finding voyage