1. Burn, baby, burn! Russian social media users are turning up the heat by demonstrating the flammability of various brands of Russian chocolates. Bloggers have enjoyed comparing how different chocolates – by brand and country of origin – fare when put to the fiery test. Following a public outcry, Russia’s consumer protection watchdog said it would subject domestic chocolates to lab testing. It all puts a slightly different spin on the idea of “a hot mess.”

2. Over thirty fishermen found themselves on thin ice this week (or at least, breakable ice). On the coast of Russia’s Far East, the ice floe that the fishermen were on broke off from land and floated into the ocean. The fishermen went out on the floe (about 500 meters from shore) despite warnings from emergency services. They were rescued, but two fishermen decided to stay behind, saying that the fish were biting. Hey man, whatever floe-ts your boat.

3. An unknown man made out with a reel haul this week: he stole 13 metric tons of fish. The man was disguised as a transport company representative and put the fish into his car and trailer. The fish, which cost over R6.4 million ($101,500), were stolen from Moscow but were originally destined for Nizhny Novgorod. Hopefully the police can reel him in. 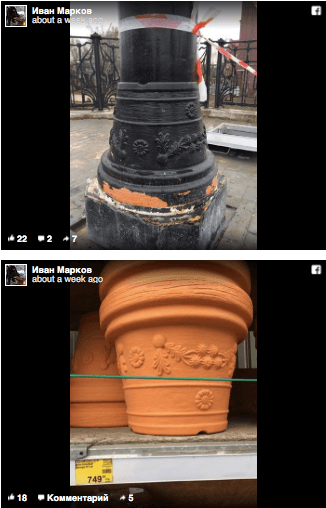 “From the very beginning, there was a sense that the files responsible for wildness were deleted in his brain. There was not even a hint that this program would ever be launched.”

— A fisherman describes Kroshik the seal