The Reckless, the Robotic, and the Rebellious

1. Watch out for fake robots, friends. Even the best among us can fall for their beautiful, shining allure. Russia-24, a state television channel, spent time at a youth robotics forum admiring Boris the “robot,” for his dancing skills. Sharp-eyed viewers were skeptical, asking where Boris’ sensors were, and why his dancing contained so many movements. And, above all, why did photos of Boris reveal a sliver of skin in between his head and body? Alas, Russia-24 had been duped. But let this be a lesson, both to our readers and the so-called robots that would try and take them in: never let them push your buttons. 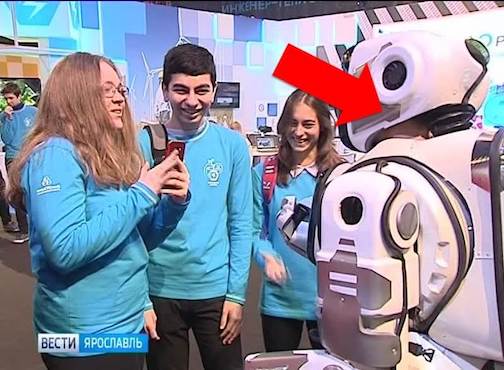 2. Russian educators in Perm are finally doing as students want and getting out of their hair. Quite literally, too, as officials have told local schools to stop expelling students based on their hair color. This all started when one student was suspended from classes for having pink hair (the horror!), and the suspension was subsequently investigated. Not to worry, though, schools are still discouraged from letting students wear symbols of “asocial informal youth cultures,” whatever that means, as well as clothes that promote illegal behavior.

3. We get it, you’re Russian. One Siberian daredevil (lunatic?) awed crowds by being swung around in circles while hanging onto an excavator bucket at -37 degrees celsius, after which he was promptly doused by a bucket of water. All this in a pair of shorts and nothing else, no less. This was part of the “Open Winter Siberiada” games, a winter festival in a small town in Krasnoyarsk Krai, in which a variety of stunts and competitions occurred. 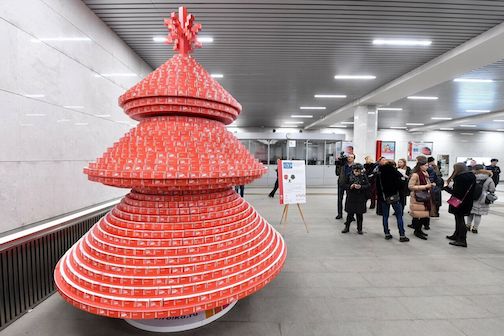 “The festival was a big success and the Siberian freeze (minus 37 degrees Celsius) had no effect on the mood of the town’s residents,”

— The company Sibzoloto, commenting on the heartwarming conclusion of the Open Winter Siberiada

The Walls Came Tumbling Down!