Ice Age Part 10, Coming Soon to a Russia Near You

Let your voice be heard! Russian Life’s documentary Resilience (Переживем) is a contestant in a competition being held by ArtDocFest, and we’d love it if you supported us and the film with your vote. Haven’t had a chance to watch the movie? No problem, watch it here. To vote, join the ArtDocFest Facebook group, go to their poll, and click on the option that reads “Переживем, реж. Михаил Мордасов.” Thank you to all of the documentary’s fans and supporters, and happy voting!

You know the phrase “when wooly mammoths roamed the earth?” Well, it may actually be closer to the present than you think. That’s because Russian scientists are predicting that the cloning of wooly mammoths will be successful in the next 10 years. The wooly mammoths would be recreated from original wooly mammoth cells found in the Siberian permafrost, and they would be birthed by a surrogate elephant mother. Although we’re pretty excited about this, is anyone else getting Jurassic Park vibes?

2. Speaking of cold things, the icy Navalny-Zolotov conflict has been picked up by meme artists across the country. If you didn’t read last week’s newsletter(shame on you!), Russia’s Director of the National Guard, Viktor Zolotov (who also happens to be Putin’s former bodyguard), recently challenged opposition leader Alexei Navalny to a duel after Navalny’s negative video about the National Guard. And, as you may have guessed, the internet is loving it. Memes, such as the one below, are picking up on the humor in this tense situation and running with it. Who knows, maybe they’ll lead to a thaw. 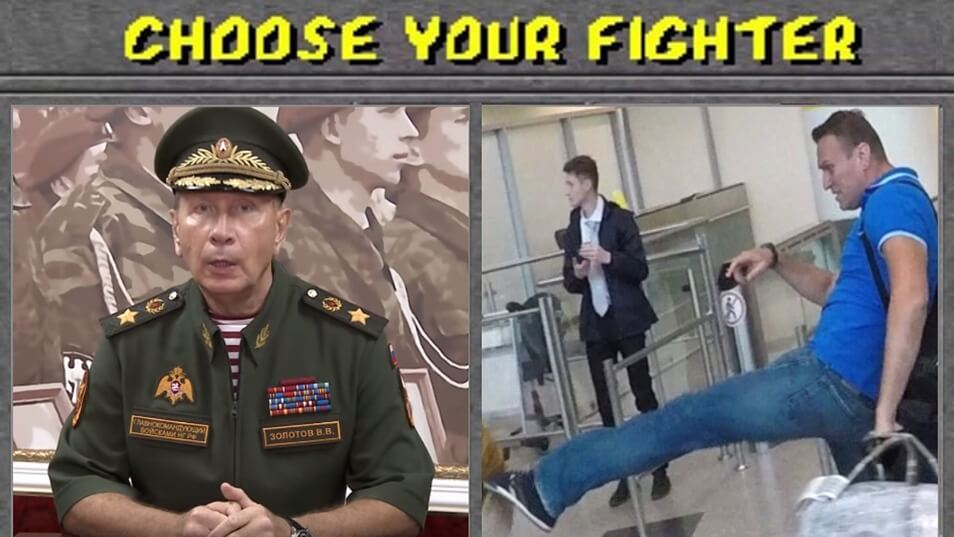 3. If you’re looking for some warmth in this newsletter, here’s a relationship that appears to be getting less icy by the day. At an economic forum in Vladivostok, President Putin taught Chinese president Xi Jinping how to make blini, Russian pancakes, which they then ate with caviar and followed with vodka. The meeting came just as Russia launched massive war games that included Chinese troops. Really, the only thing that goes better with blini than caviar is a big old pretend fight. 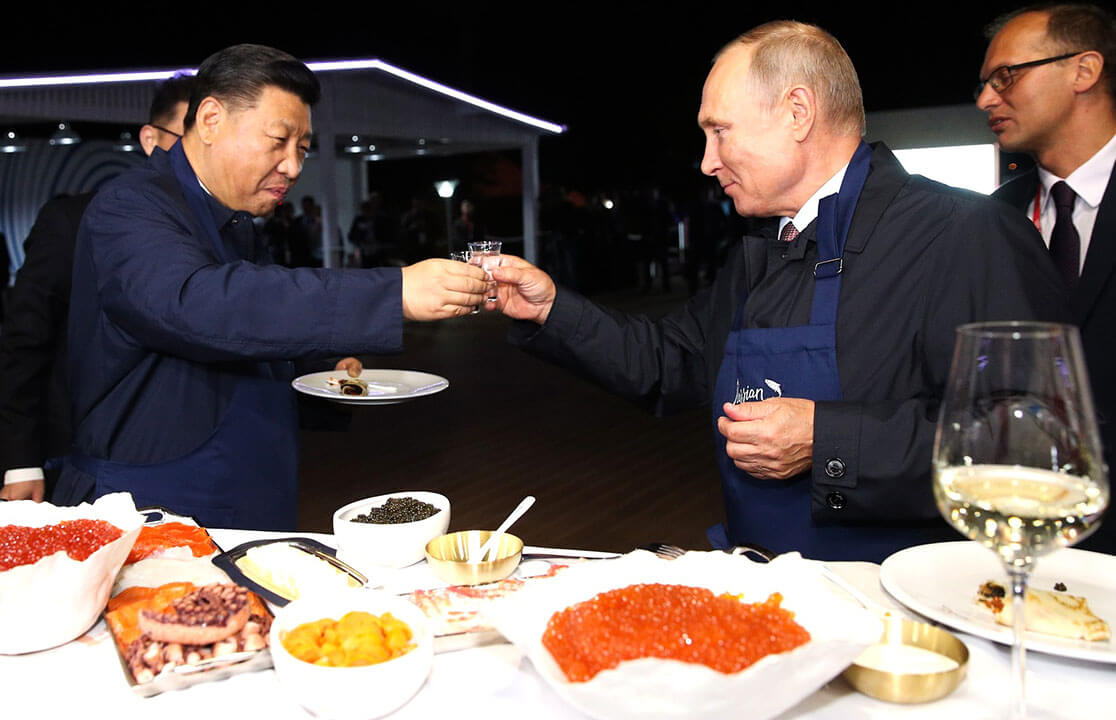 “Thanks to cooperation with Korean and Japanese scientists, in my opinion, [cloning a mammoth] will happen in the next decade.”

A Friend of Both Russia and Ukraine

Saving Moscow - One Letter at a Time