In 1610, Prince Dmitry Pozharsky probably felt pretty good about where his life was going. He had been a successful courtier and military commander in the service of three successive rulers, and received gifts of land and titles – all at the fresh young age of 32.

Unfortunately, looking around him, he had little to be happy about. One ruler had possibly finished off the last few members of the once-proud Rurik dynasty to secure the throne. The next one was likely an impostor, claiming to be one of those his predecessor had allegedly killed. The third led a popular uprising to kill the second, after which he was himself deposed by a group of boyars and forced to become a monk. And while the boyars supposedly ruled the country, in practice they only ruled Moscow, while Polish and Lithuanian armies ravished the countryside and threatened Moscow itself.

By Pozharsky’s 32nd birthday, Polish forces had entered the city. Some birthday present.

And yet our Dmitry did not despair (if he had, we probably wouldn’t be talking about him now). In 1611 he joined the first volunteer army as it headed toward Moscow to sort things out with the Poles. In the end, things did not actually get sorted out – the army was defeated and scattered, Pozharsky’s men were surrounded, and Pozharsky himself was wounded in the line of duty.

But if at first you don’t succeed… Yet again, Pozharsky did not despair. In fact, this failed first attempt is not what we remember him for – and when we remember his name, we usually remember it along with Kuzma Minin, a humble salt merchant from Nizhny Novgorod who invited Pozharsky to lead a second uprising. While Pozharsky took care of the military side of things, Minin was responsible for housekeeping and, most importantly, financing the new expedition. The Russian people responded enthusiastically to Novgorod’s call for funds, giving one-fifth to one-third of their possessions – granted, not paying up meant being sold into slavery and having all of your possessions confiscated. Better be enthusiastic!

The second attempt went a little better than the first, to put it lightly. On Pozharsky’s 34th birthday, his army finally unseated the Poles and took control of the city – a much better present than two years prior. 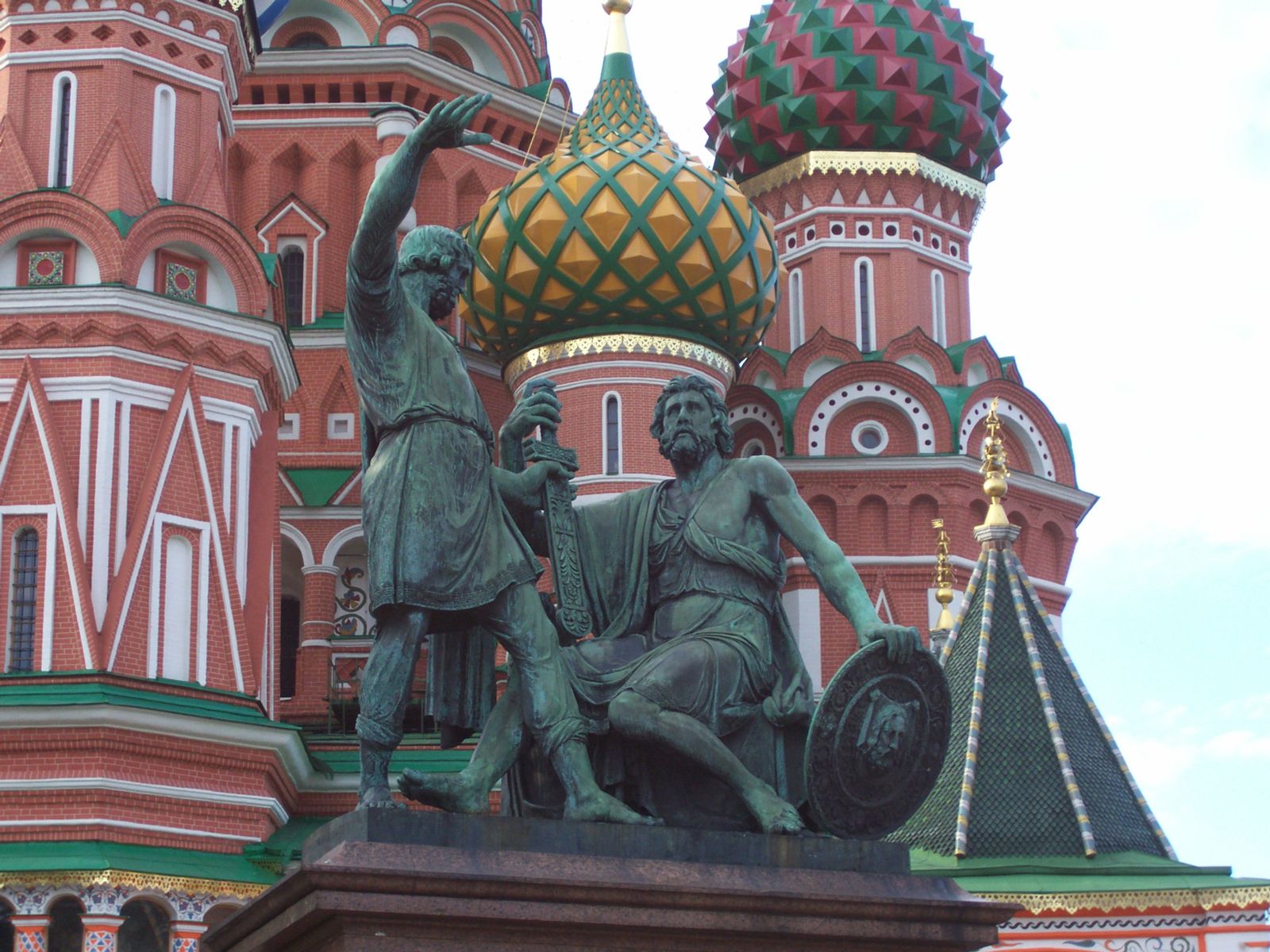 Monument to Minin (left) and Pozharsky (right) on Red Square,
with St. Basil's Cathedral in the background.

Pozharsky achieved true hero status in the early nineteenth century, with the creation of the Minin and Pozharsky monument in Moscow. The project had Alexander I’s approval and the financial backing of the entire country even before the war with Napoleon, but the war’s victorious end gave the monument new significance – it became a symbol of not just historical, but also contemporary patriotism and heroism in repelling the French invaders. Over four hundred years later, the monument still stands and still commands respect (even if Soviet leadership felt the need to move it aside to clear the way for military parades).