A thirst for travel... and kefir

“When you go to New York, you must look up Leo," said my babushka, as my husband and I were packing our bags for a trip to New York back in 2016. "He is the best tour guide there is."

Granny was right: Leo knows everything, because he’s been everywhere, pursuing his enormous curiosity for travel. And not just everywhere in New York City, where he has lived for 44 years, but  to every state of the USA, multiple times, everywhere in the USSR, and to 120 countries, adding his own meaning to the Jewish wish of “until 120.”

I had heard about Leo Falk, or Lev Falkovich, for as long as I can remember. My grandmother’s small apartment is packed with cards he’d sent from around the world. I always read them, addressed to my great grandmother and grandmother. They always contained a joke and a warm note, with an image from Antarctica, Brazil, or Italy. He was my hero, and I was very excited to meet him in 2007, when he came to Moscow for a visit, after a trip to the North pole.

Now I am finally writing his story down.

Leo’s first memories are of being on the move. In 1941, at the age of 5, he was evacuated from Kiev and remembers being on a barge with his mom, bombs landing in the water just meters away. His next memory is of being on a train, moving further away from the war.

Returning to Kiev after the war, he finished school and started taking trips to Moscow for his studies and to see his relatives. Soon he started traveling all over the USSR: down the Volga to Astrakhan, up north to the White Sea, by train to Vladivostok, and so on. He even managed to get into places that required a propusk (pass): he would just get off the train nearby and then get on a bus, where no one checked for passes.

Nearly always traveling solo and without much of a budget, Leo would sleep on trains to minimize hotel costs, or sleep in train stations, and survive off kefir and bread. While in the USSR, he dreamed of seeing the rest of the world, but mainly France, Italy, Spain and England...

When he moved to the US, he got a low paying job as an engineer, and after just two and a half years of work asked for an unpaid leave for three months – he wanted to finally see Europe. He didn’t have much money, nor did he have the US passport, which meant that he had to get visas to visit Europe – and he did, all 18 of them. The only one left unused was for Yugoslavia, because he got hit by a train in Greece and lost his right leg. He spent 18 months in hospitals back in the US waiting for a prosthesis, but even that was just a bump in the road. It didn’t stop him from traveling, and he went on to visit 103 countries after that.

2 trips around the world, endless car trips around the US, thousands of cards sent to family and friends, but almost always traveling solo, with little luggage and little money, sleeping anywhere, including once in a telephone booth in Riga, and another time in a mausoleum in Asia. 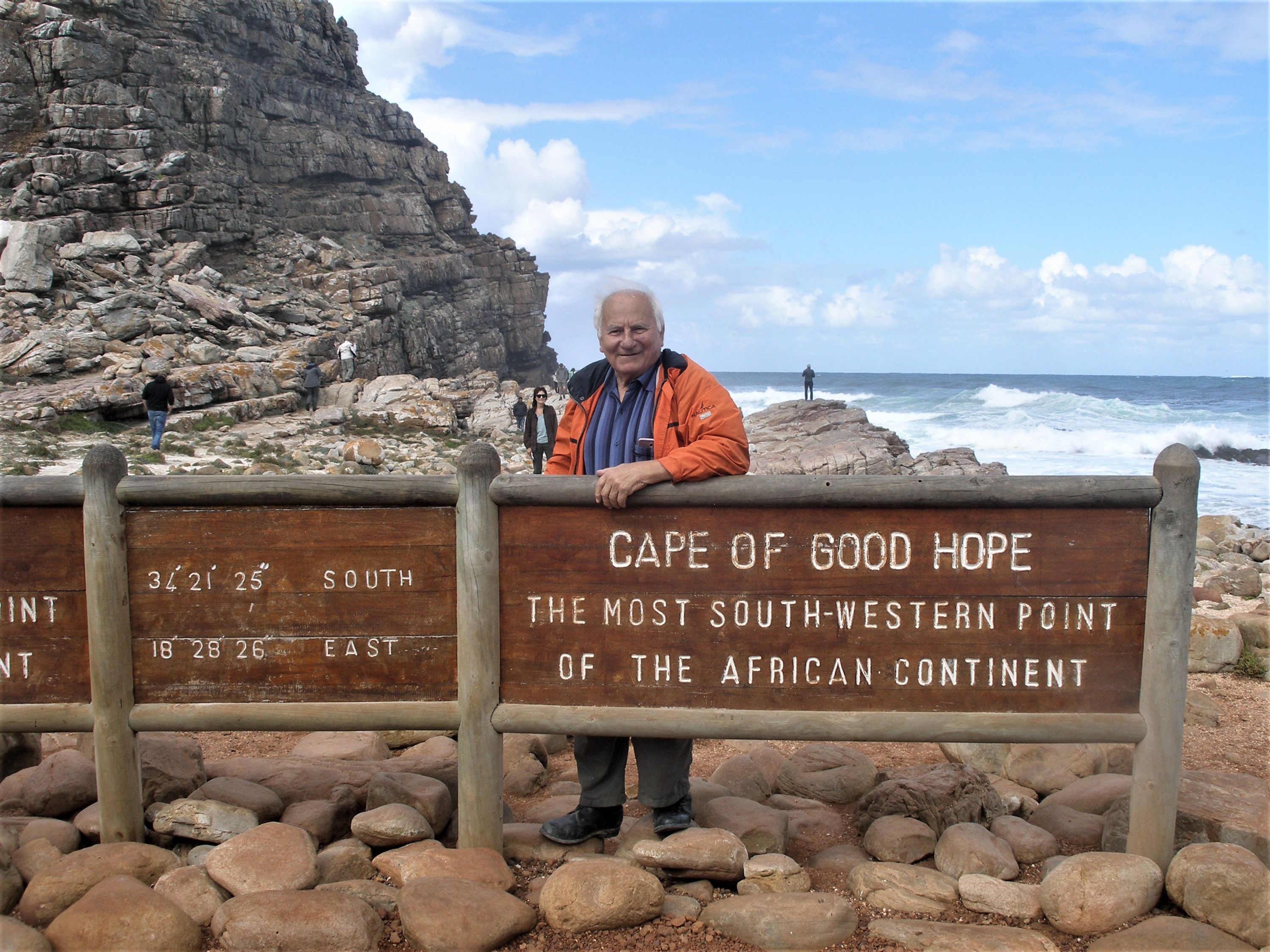 What drives Leo? Curiosity, armed with scientific precision in planning and little concern for comfort, including food. He loved beans and rice, tapas rellenes, and tamanes in South America, and roti in India. Actually he says he doesn’t remember much what he ate, but my grandmother, who is the biggest foodie I know, says Leo lived on kefir and bread while traveling, and the fact that he doesn't remember is “Leo in a nutshell. Caring about the travel, and not about the food."

Leo says that, once the pandemic is over, if he can get around without a wheelchair, he “must see Japan, South Korea and Taiwan,” parts of the Middle East he hasn’t seen, and Africa is still on the list. After all, he is only “84 years young”, and there’s more of the world to explore.

Dizzy with "Success": The Horrors of Collectivization