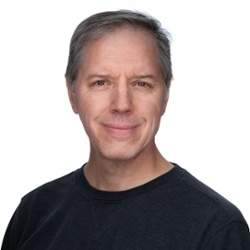 PAUL E. RICHARDSON is a writer, photographer, and editor. When not traveling, he oversees production of Russian Life out of its office in Montpelier, Vermont. He has written numerous articles for Russian Life, three novels, and several works of nonfiction, most recently Resilience: Life Stories of Centenarians Born in the Year of Revolution, with Nadya Grebennikova and Mikhail Mordasov, and Driving Down Russia's Spine. The company he founded in 1990 not only publishes Russian Life, but also provides marketing, photography, and publishing services to companies and nonprofits.

Raspberry Yumminess (July/August 2021)
A Taste of Early Summer (May/June 2021)
Sad Smiles and Kremlin Corruption (The Blog)
New Year, New Coffee (The Blog)
Holidays are for Cookies (November/December 2018)
Fungus Among Us (September/October 2018)
Pearl of the Caucasus (May/June 2017)