The Surreal Among Us

Viktor Mogilat is a photographer who lives and works in St. Petersburg. We discovered his work and shared it in the magazine, but then thought it would be interesting for readers to learn more about him and his art.

So, how did you get into photography? And is it a full-time, professional occupation, a side passion, or something in between?

I started taking pictures in the first year of university, where I learned to be a film director. For my film studies, I bought a simple camera and started taking it with me everywhre, photographing landscapes that seemed interesting. For me, this is more of a hobby, I generally do not make money with my photography (though sometimes I do take commercial photos).

So tell me more about how you choose your subjects, or with what sort of “intent” you set out on an urban photo exploration?

Living in St. Petersburg, I just walk through the city center. I walk the streets in search of locations. I like to find a contrast between the old architecture and the state in which it is now.

As to the purpose or intent of my work, I think that first of all my goal is purely aesthetic. I am not a hater who likes to demonstrate our city’s poor condition. I'm just trying to find in it a small fraction of aesthetics and beauty – even if this is not understandable to everyone. At the same time, perhaps my photos will convey to someone the idea that the architecture and its heritage should be protected.

Of course, I do not only photograph architecture. In my portfolio I have landscapes and some situational photos. I like to study my culture from the inside. For example, the Soviet past and how it affects modern Russia. This influence is very deeply felt and I try to catch it in my photos.

Yes, looking at your work, it is clear you like to play with interesting and unexpected contrasts. We first discovered your work in your collection “Shabby Petersburg.” While there is a shabbiness about the places you capture, there is also a surreal beauty that is even somewhat attractive.

So tell us about what inspired this other series of yours, “Union of Soviet Surrealism Republics”? And are you going to continue this with more?

The series of works “Union of Soviet Surrealism Republics” continues the theme of my study of the influence and heritage of the Soviet Union on modern Russia. With this work I wanted to convey the idea that things that were in the Soviet Union have not gone anywhere, they are still among us: the same old shelving units, the same carpets, and so on. At the same time, I added in a series of modern things: quite modern vodka as the idea that, even though we live in another, possibly richer country, alcoholism did not go anywhere, but simply hid behind a more beautiful wrapper.

To translate the idea, I decided to take a surrealistic path: placing these objects on a huge scale, as it were, OVER streets filled with typical Russian buildings. This is how the play of words – Soviet / Surrealistic – arose.

Q: And then there is another series that is on your Behance page. Not sure if it is a group effort or what, but it is a combination of old Russian paintings with modern landscapes/citiscapes. How did hat idea come about?

Yes, this is the work of my project “MXD.” In this work, we wanted to show the contrast between modern Russian buildings (which we hate) and the landscapes of Russia as they appeared in the paintings of great artists, in this way expressing our dislike for these cheap and ugly buildings that flood Russia. By the way, the photos in this work are photos of the new district of St. Petersburg. 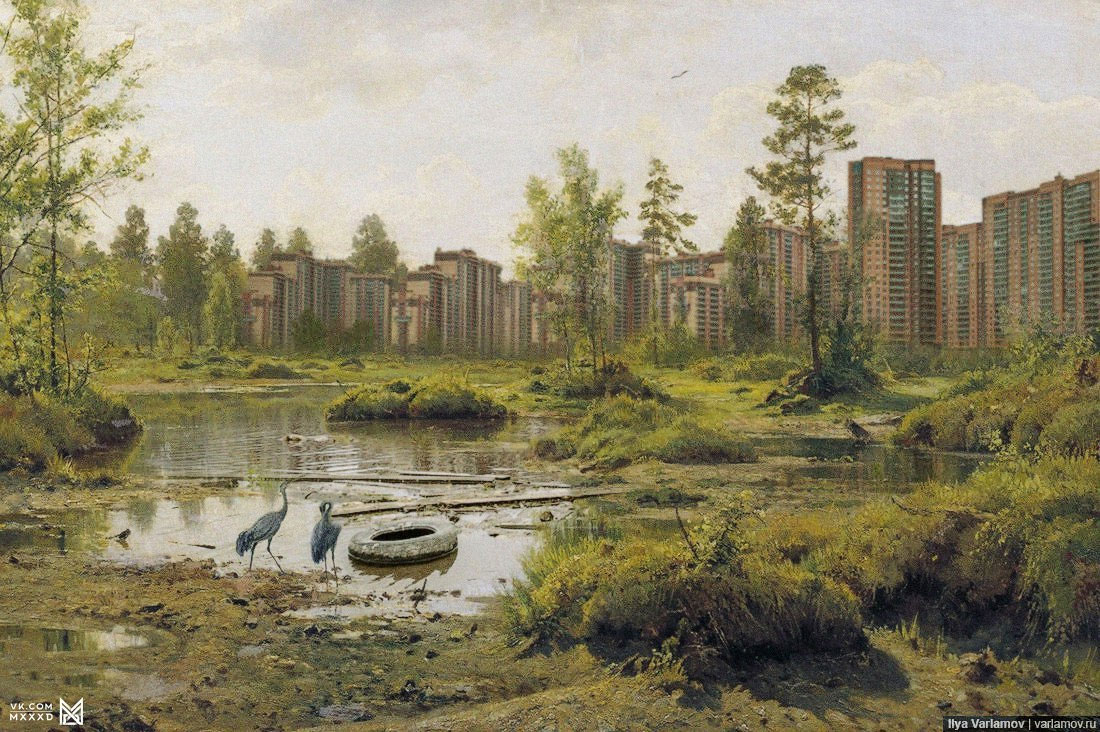 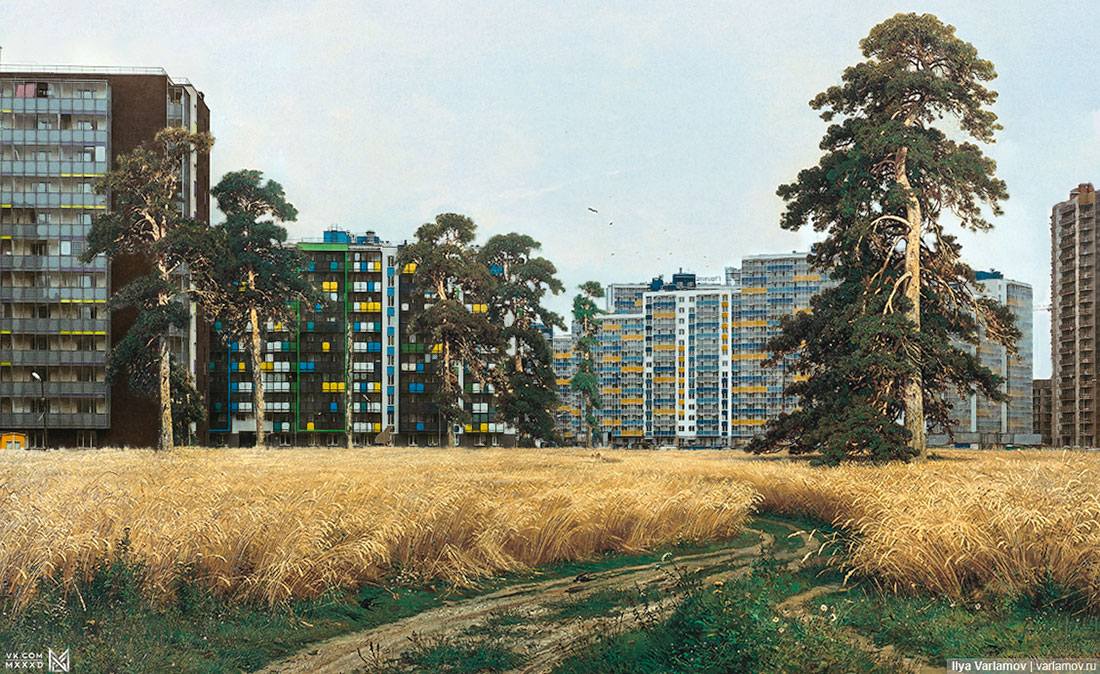 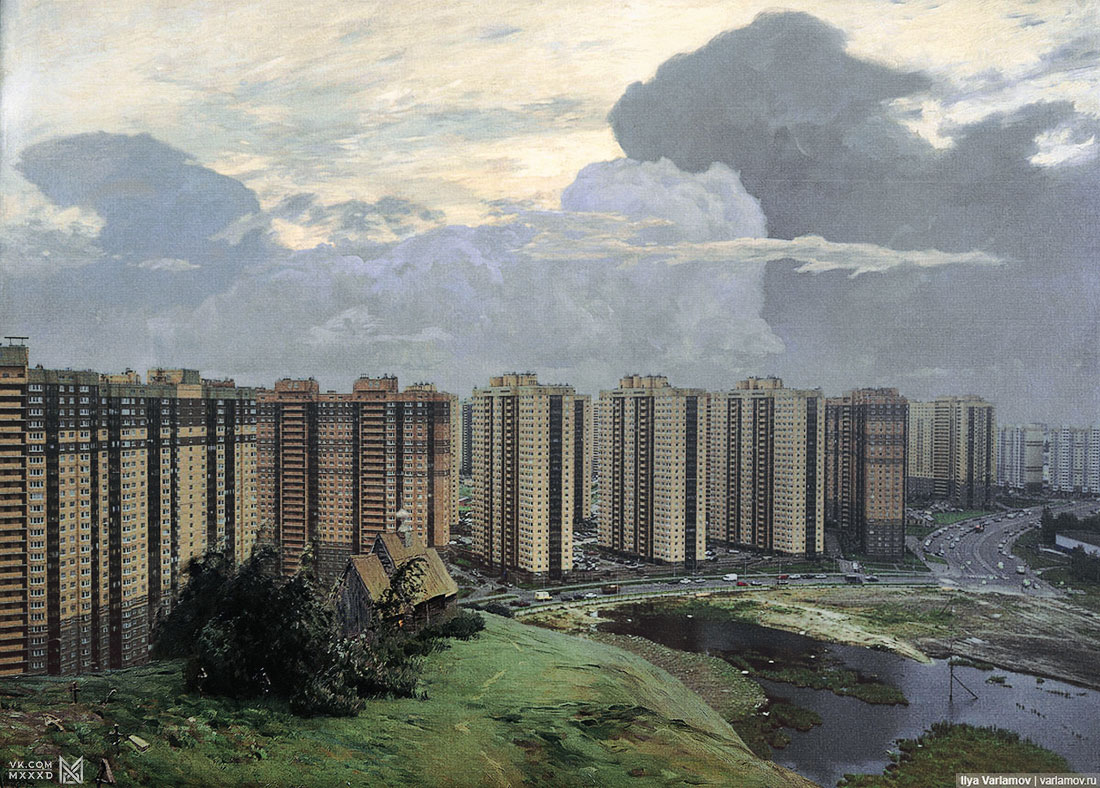 Khabarovsk artist Tomin creates mind-bending, universe-tilting videos. We tracked him down to find out how he does it.