Sergei Parajanov was always hard to define, but he was best summed up as “an Armenian born in Georgia and put in a Russian prison for Ukrainian nationalism,” and as one of Soviet film’s creative geniuses.

In comparing Russia to the Soviet Union, one often overlooked point is the sheer number of various ethnicities and nationalities that made up the USSR. The USSR was not just the Russian Federative Republic – it included 14 other republics, politically subjugated, but culturally distinct. In much the same way, Soviet film was not just Russian film: while the Russians had a technological headstart, actors and directors of the various republics eventually came into their own, drawing on their home cultures and methods of storytelling.

Enter Parajanov. Well, before him, enter his mentor at the VGIK film institute, Aleksandr Dovzhenko. In films like Earth, Dovzhenko was one of the first to use motifs from a distinct minority culture – in his case, Ukrainian. For his troubles, the film studio in Kiev was later named in his honor.

Okay, now enter Parajanov, who relocated to Kiev after graduating from VGIK, to work at the newly-named Dovzhenko studio. In addition to his Armenian heritage, Georgian upbringing, and Russian education, he learned to speak Ukrainian fluently, married a Ukrainian woman, and immersed himself in the culture. He emerged with one of his most famous films, Shadows of Forgotten Ancestors, steeped in Ukrainian Hutsul culture and which, for its markedly un-socialist un-realism, quickly got him blacklisted with the Soviet authorities. 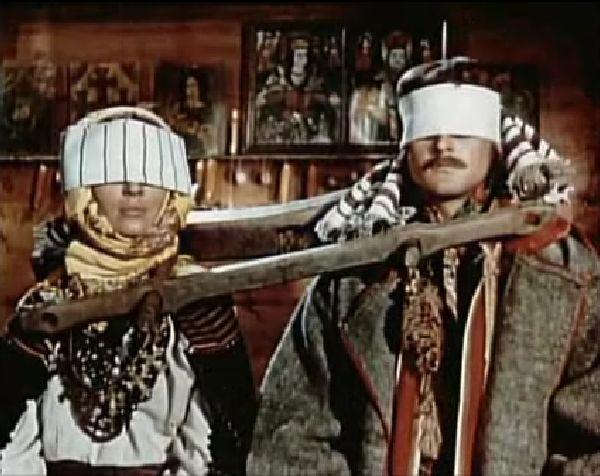 A markedly traditional wedding from Shadows of Forgotten Ancestors

So what was that about being put in a Russian prison? Parajanov’s art and public position on touchy subjects like free press and show trials were a bit of a nuisance to party leadership. Their heckling pushed him to leave Ukraine for Armenia; in 1973 he was arrested for the first time and sent to Siberia – the Soviet punishment of choice. He served “only” four of his five years, following a personal plea from Louis Aragon to Brezhnev on his behalf, but made up that last year after being arrested again in 1982 and serving one more year before another early release.

Needless to say, hard labor in a Siberian prison camp is no path to good health. In 1990, while working on yet another film, Parajanov died of lung cancer – the news was relayed to Russia as “the world of cinema has lost a magician.” In claiming Parajanov’s legacy, Armenia was most proactive: Parajanov’s “house-museum” was opened in Yerevan in 1991, even though Parajanov never lived in that house. But it’s Tbilisi’s gravity-defying statue that gives the filmmaker the representation he deserves: full of life and somehow soaring above it all. 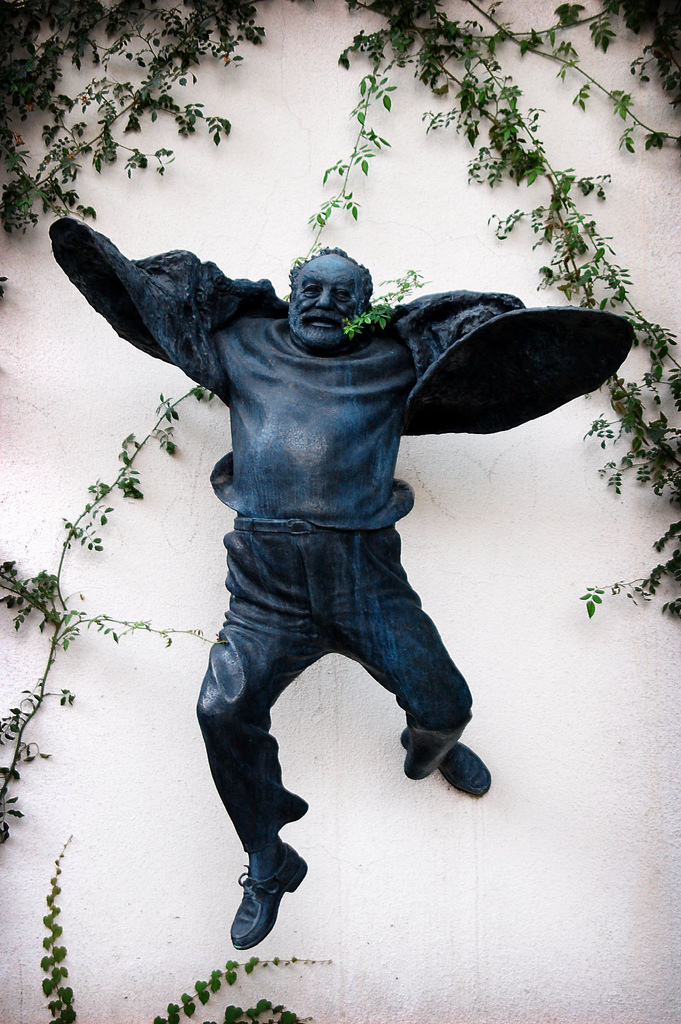