That Other Red, White, and Blue

No Spain, No Gain

1. All hail Saint Akinfeyev and his holy foot! On Sunday, Russia narrowly beat out the football heavyweight Spain during a penalty shootout, launching them to the World Cup’s Round of Eight. Who do Russians have to thank for this surprising victory? Goalie and captain Igor Akinfeyev, who blocked a Spanish shot with the tip of his cleated foot. As Russians partied like they’d never partied before (and that’s saying something), Akinfeyev took on a special status in Russian society. Amid the celebration there were many who came to terms with the last-ditch promises they had made on the condition of Russia beating Spain, and Twitter is littered with evidence of them running through the streets nude, getting tattoos, and even searching for spouses. Thankfully this is all a once-in-a-lifetime occurrence, unless, of course, Russia beats Croatia on Saturday. 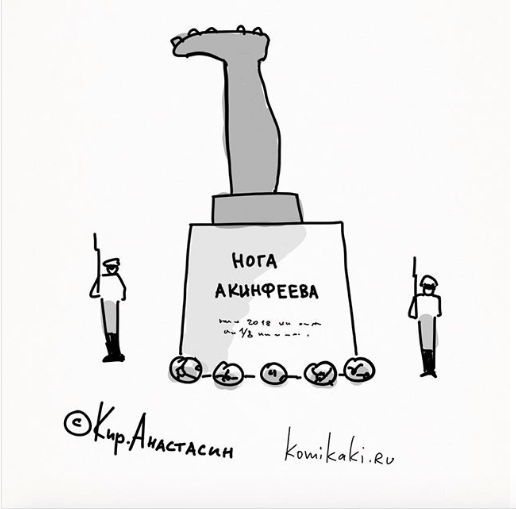 2. Even if cleanliness is next to Godliness, it’s not clear that the deal offered in Volgograd’s train station is worth it. A sign in the station’s restroom reads in English, “The cost of the service is the soul, price 200 rubles.” Above it, the sign more comfortingly reads in Russian, “The price of a shower, 200 rubles.” This difference appears to have originated in the similarity between the words shower (душ ~ dush) and soul (душа ~ dusha) in Russian, compounded by the ever-tricky genitive case. But to be safe, English-speakers in Volgograd should keep their eyes out for either a horned beast in a cloak or a humorous Russian spirit by the name of Gogol. 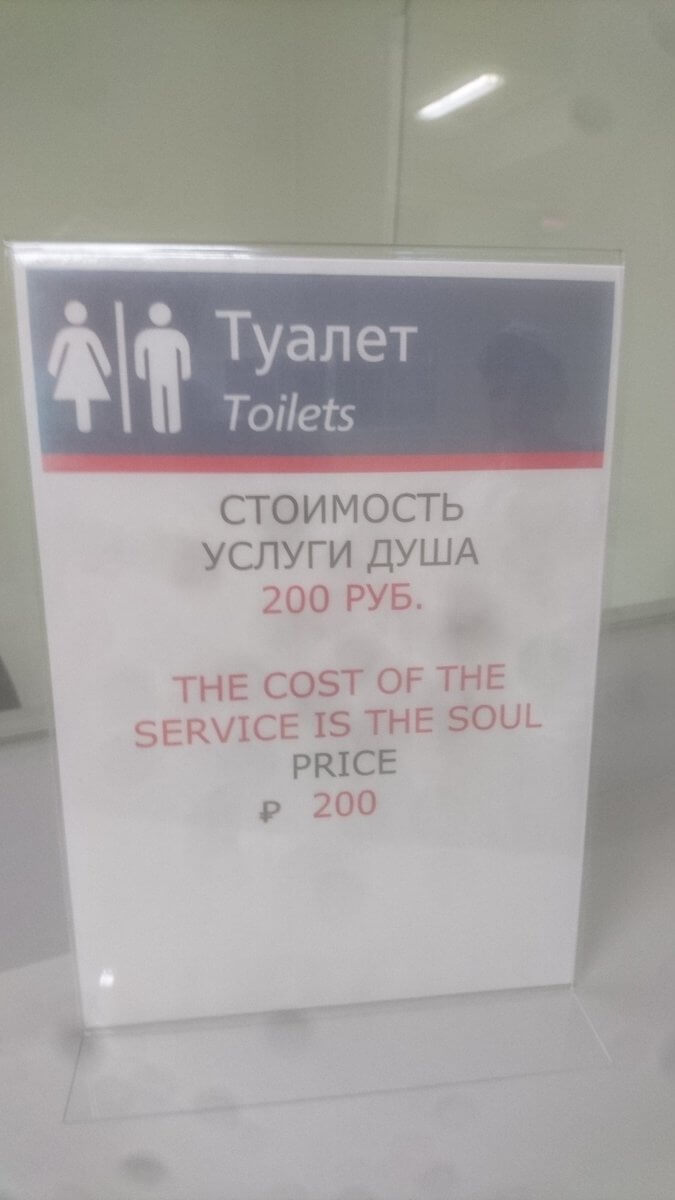 3. It’s a new type of heavy metal. Alexandra Ivleva is an artist, but not the kind you just thought of. Ivleva, nicknamed the “Weld Queen,” makes beautiful metal structures through the art of welding. Attired in overalls and a welding helmet, the young artist makes beautiful and fanciful structures: a meditating bear, rocking chairs that look like people, and giant angels. With all this striking while the iron is hot, we wonder why she isn’t called the Iron Lady… oh yes, that one’s already been taken. 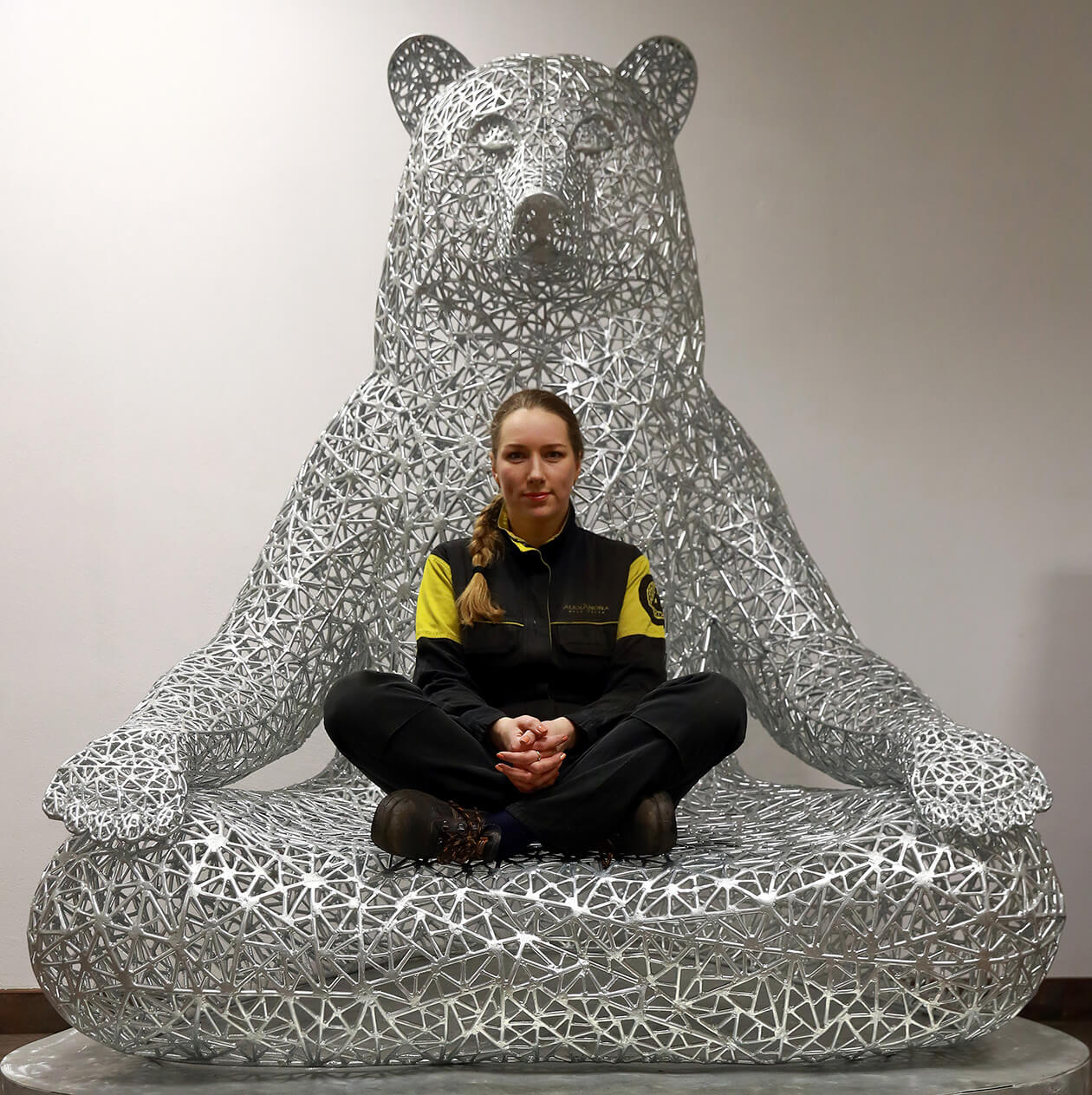 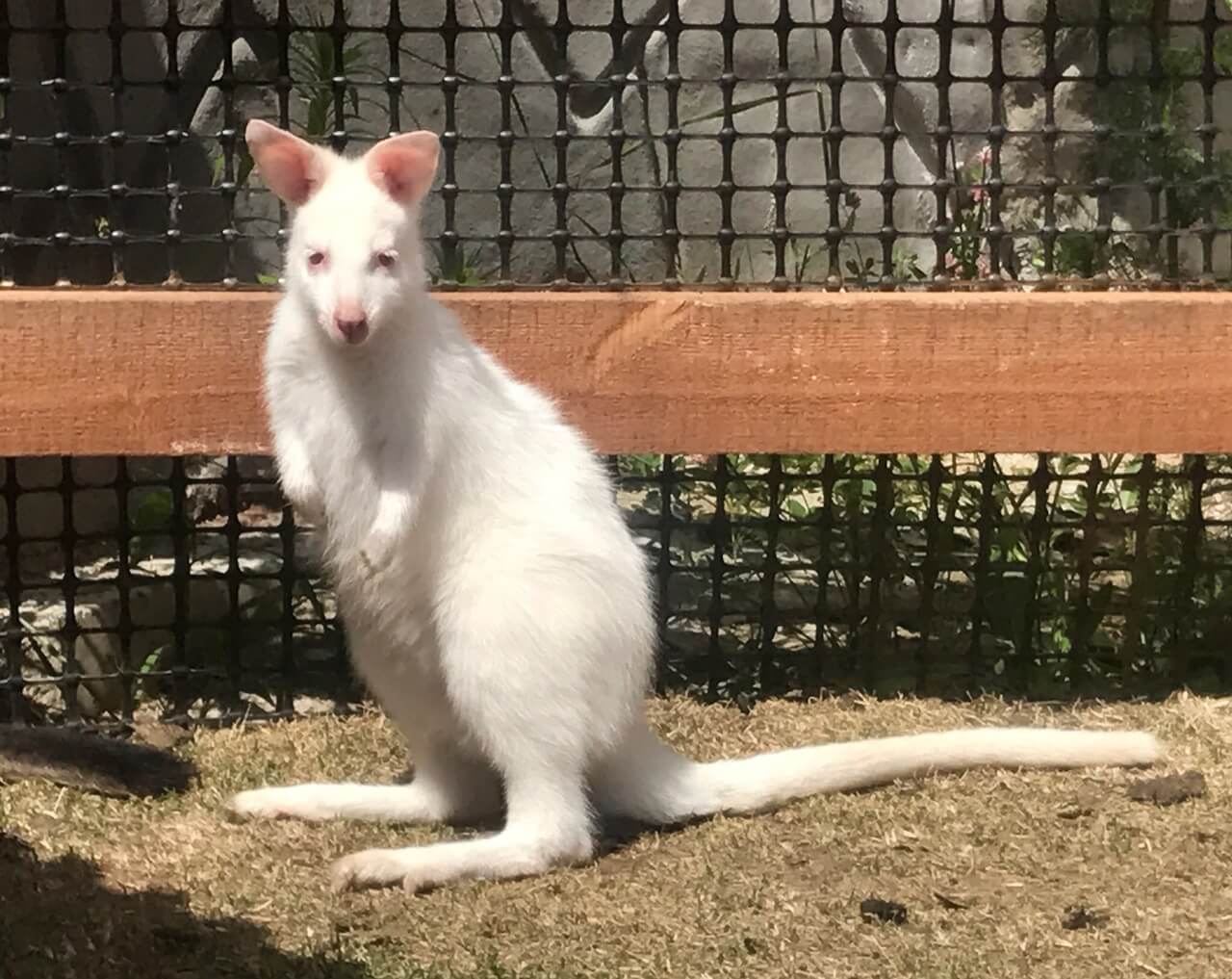 “I'm looking for a wife... I promised Mom that I'd get married, if Team Russia won the game…”