Patriotism in general is no simple concept. But on this Patriot Day in the US, perhaps it is worth appreciating that at least patriotism in the US is not nearly as complex and dangerous as it was in the Soviet Union.

Patriot Day in the US commemorates an attack on US soil – and in that, at least, we have a clear parallel: a solid portion of Russian and Soviet patriotism revolves around the troubled memories of World War II. Russians still give thanks to their fathers and grandfathers (occasionally mothers and grandmothers) who saved the country from “the fascists,” and praise the heroic deeds of soldiers, civilians, batalions, and even entire cities. Support for the current armed forces is also an accepted patriotic form – certainly a familiar one to the American observer.

What happens, though, when the Communist Party enters the picture? They certainly did a good job riffing on the same themes of military strength and victory over the invaders. However, under Communist leadership patriotism became a duty, a necessary prerequisite for success, with an obligatory component of praising the CPSU specifically, or at least Lenin and the current leader. Like a piece of gum chewed a little too long for lack of a trash can, patriotism became an inescapable, tasteless burden. 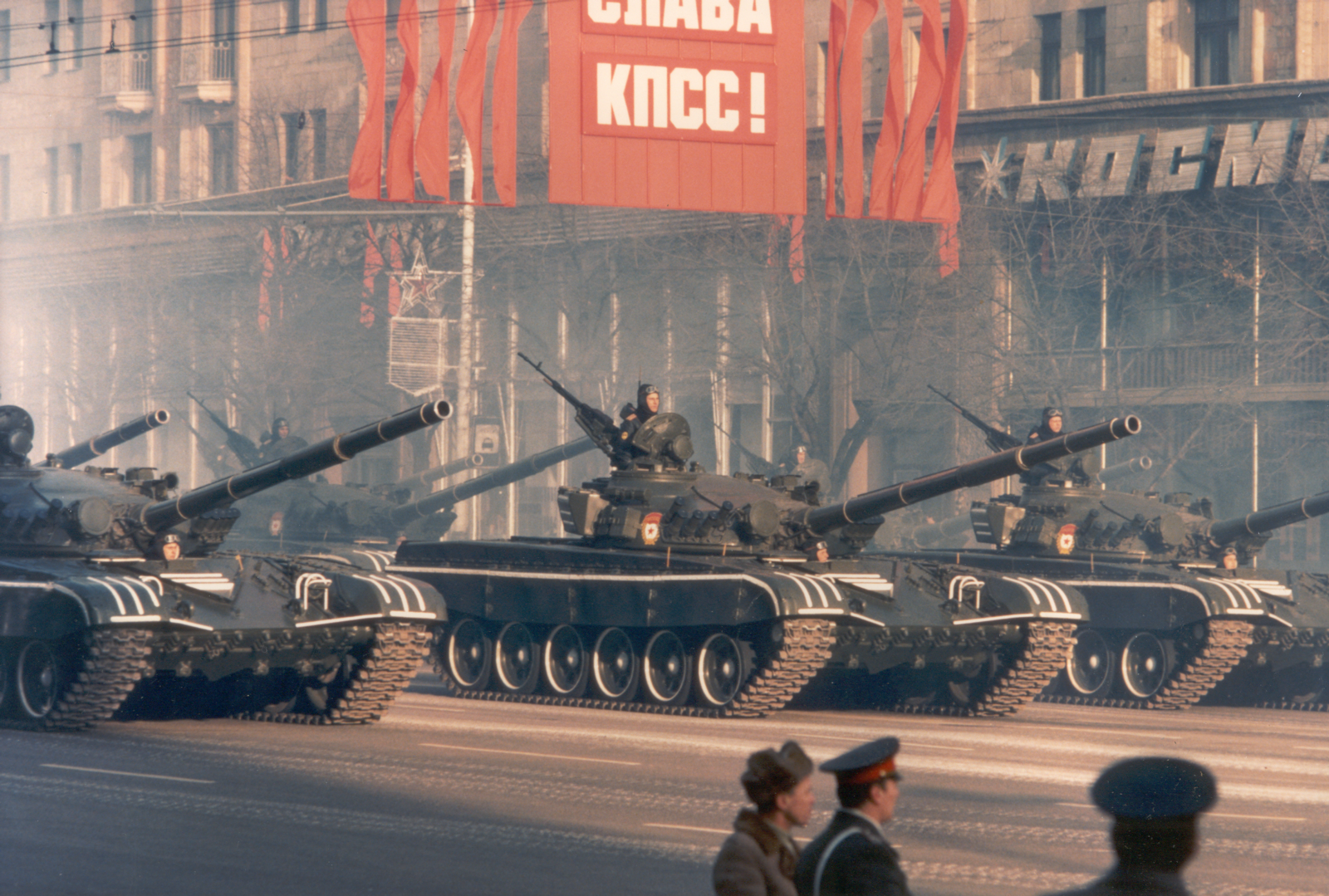 Soviet-style Patriotism: November 7th Parade, 1983
Military display with "Praise to the CPSU!" in the background

No one felt the pressure more than cultural icons of the day: writers, singers, directors, actors, etc. To be successful – or even to survive – they had to curry favor with the Party. Currying favor with the Party often meant creating or performing work that was artificially patriotic, which was selling out – and therefore became an obstacle to success. And yet the Soviet Union did have its own set of wildly popular performers. How did they ever navigate this Catch-22? 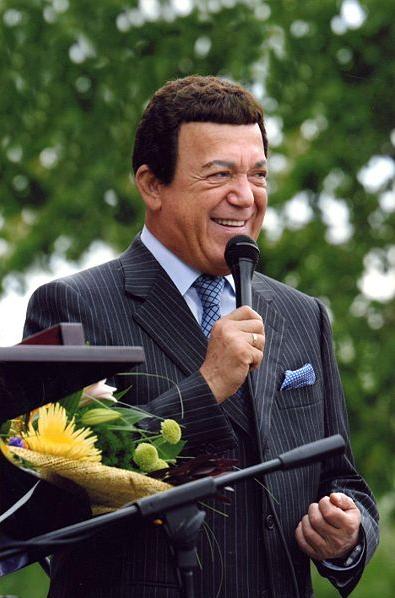 Joseph (Iosif) Kobzon, who turns 80 today, is a perfect case in point. A popular singer who remained on stage for over 50 years, he managed to both satisfy the party leadership and become an idol to many Soviet listeners. He was known both as a singer of patriotic songs – always a suspicious kind of fame – and as “one of us” in a system where the government was always “them.” In fact, over 80 percent of his songs were love songs, like the playful “If you love me, find me” (just look at that mischievous smile!).

So how did he avoid listeners’ disdain? At least he sang about the war, not about “giving the Earth to children” or other, more politically-oriented themes. Politics, however, is very insidious: Kobzon’s song “Malaya zemlya,” which at first seems like an awkwardly named run-of-the-mill WWII song, is in fact a blatant sell-out, as a musical tribute to General Secretary Brezhnev’s memoir The Small Land. In a society so ideologically controlled by the Communist Party, it’s not really patriotism until you’ve honored and sucked up to the current party elite.