How long have you lived there?: 9 months and 4 days, respectively

A short description of your city?:

Norilsk is Siberia, 400 km beyond the Arctic Circle, permafrost, nine months of winter, 45 days of Polar Night, a city that can only be reached by plane... It has the world's largest metallurgical plant for the mining and production of nickel, cobalt, lead, palladium and platinum.

Kodinsk is located in Siberia, in Krasnoyarsk region. The city was created for the builders of the Boguchansky Hydroelectric Station, which is along the Angara River. Due to the collapse of the USSR and temporary stoppage of work on the station's construction, it took 30 years to complete and was only opened in 2014.

Tell us something about your city that only locals would know:

Norilsk:  Whenever there is a serious blizzard or the temperature drops really low, and kids should not go to school, an aktirovka is declared. The kids stay home and their homework assignments are sent out as text messages.

Saguday – a disk made from fresh, northern fish.

Kodinsk: Several regions of Kodinsk have unofficial names, like India and Lukomorye. The "sea" – Boguchanskoye Reservoir – was still in the planning stages when the more poetic name Lukomorye took hold. India is simply a monument to certain Kodinsk residents: a region of individual homes that was built through group effort – a method popular in the 1980s with the Komsomol-youth projects – on nights and weekends.

Norilsk: Shmidt Hill (Gora Shmidta), with its old tunnels, the remains of a narrow gauge railway, and an excellent view of the city. Also, the abandoned villages of Medvezhy and Zapadny.

Tell us a bit about your photography, how long you have been doing it and what you are interested in: 17 years. I shot on film and now shoot digital. I find the entire process interesting. I love to shoot the daily lives of people. 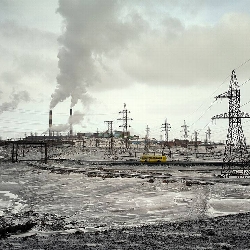 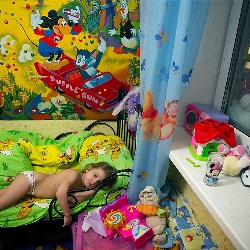 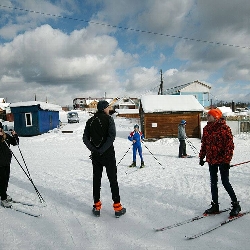 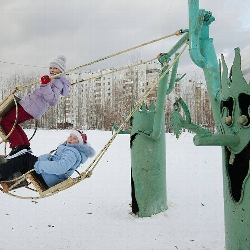 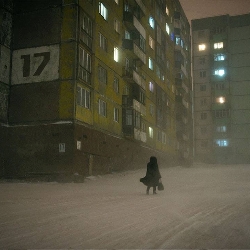