The Other Catherine: 7 Facts About Russia's First Empress

Catherine the Great is renowned for hailing from Prussia, gaining power in a coup, and transforming Russia into one of Europe’s great powers. But Catherine I, who held the title of Empress forty years before her more famous namesake, had great qualities of her own. In honor of the 310th anniversary of her death, here are seven facts about the first woman to rule Imperial Russia.

Imperial historians and Catherine’s royal descendants tried to cover up her humble origins, but according to most histories, she was born Marta Skowronska to a peasant family sometime around April 15, 1684. By some accounts, she could hardly sign her name to royal decrees in need of the sovereign’s sign-off. Not what you'd expect for the wife of Peter the Great and future head honcho of Imperial Russia.

Here are just a few of the details:

She and her husband were just an ordinary couple

Sure, they were sovereigns of the Russian Empire, but especially while St. Petersburg was being built, the two lived a modest life, dwelling in a log cabin where Peter the Great tended the garden and his empress cooked and looked after the children. Things got more regal once St. Petersburg had a few palaces in place, but in some ways the couple remained a normal, loving pair, with letters from Peter demonstrating his deep affection for Catherine and records suggesting she was the only person able to calm Peter both during his fits of rage and epileptic seizures.

Her reign is remembered as just, but cautious

True, her reign was only officially two years, from Peter’s death in 1725 until her own in 1727. Yet Catherine, as Peter’s trusted confidante, had her share of influence during Peter’s life. When she became empress, she elevated several advisors (who had risen due to their own merit under Peter’s rule) to roles on her newly established Supreme Privy Council. Although some historians say that these advisors had more power than Catherine, her support of these formerly common men, as well as her lowering the tax burden of the peasantry by reducing military expenditures, suggest that she still had some stake in the good of the people.

You can find her name gracing palaces and public parks

Even someone from peasant stock who makes policies that help out the people can’t be blamed for a dose of luxury. In the southwest of St. Petersburg, Catherinehof was envisioned as an imperial estate, but later became a large park for public use. Catherine’s name also belongs to the Catherine Palace, which became the summer residence for Russian royalty at Tsarskoye Selo. 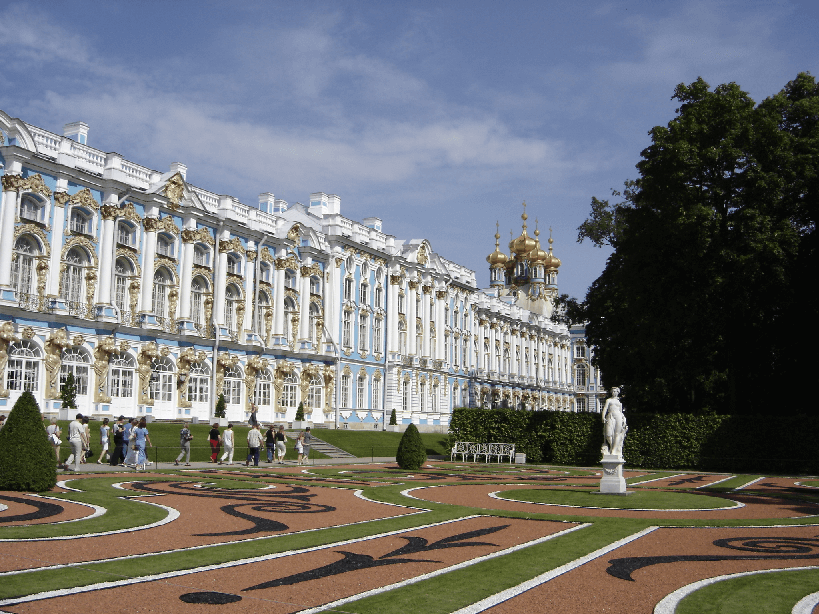 She put a twelve-year-old in charge of an empire

Little Peter II had the High Secret Council to help him out, along with his two elder sisters (one of whom would later become empress herself). It’s interesting that Catherine chose Peter – her husband’s grandson, but from his first marriage – as her heir, rather than one of her own surviving children. That didn’t stop her own daughter, and several women after her, from playing a leading role in Russia’s subsequent decades.

When court elites decided to make Catherine Empress of Russia after Peter’s death, this set a precedent that succession would not to be determined by primogeniture, and for women to rule. The women who came after her:

Catherine I may have started out as little more than an illiterate peasant with a twinkle in her eye, but her natural charm and wit, as well as her beauty, were what endeared her to Peter and enabled her to be a successful co-ruler for two decades. Her reign may not have been as long or as marked by advancements for Russia as that of her “Great” namesake, but the Other Catherine is also deserving of a revered place in the history of the Russian Empire.

Peter the Great, Emperor of All Russia

What do you have to do as Russian tsar to be remembered as "Great"? You can start by reforming the government, social structure, customs, language, and, well, everything else.