This Saturday, April 12, marks 95 years since the first subbotnik.

On the eve of April 12, 1919, in the dead of night, 15 men made their way into a Moscow train depot. No, they weren’t breaking in. They were there to fix trains.

In the midst of the Civil War, foreign intervention, and all-around desperate times, these fifteen workers – communists and communist sympathizers – sacrificed their weekend night for the war effort, with no compensation. Saturday morning (April 12) they decided that it had been a good experience, and agreed to keep doing the same until “absolute victory over Kolchak.” Then they “sang the International and dispersed.”

And so were subbotniks born – a combination of subbota (Saturday) and –nik, signifying work done without pay for the good of society.

Soon the practice spread throughout the country, bringing in more and more people, and hanging on even after the Civil War ended and the war effort was no longer a valid reason for work without pay. One of the first major subbotniks, organized simultaneously throughout Russia, was held on May 1, 1920, and was attended by none other than Lenin himself. 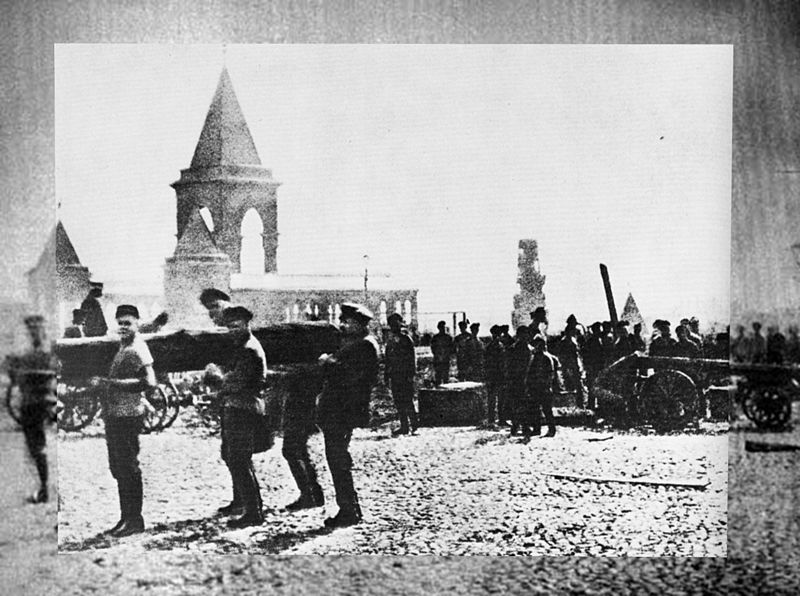 In a famous 1919 essay on the subject of a recent “mass” subbotnik (205 people!), Lenin had really set the bar high for this kind of spontaneous volunteer labor. Heroic acts such as these could break the vicious cycle of hunger and low productivity, they represented a new relationship between work and worker, the first step toward a classless society – this, claimed Lenin, was the beginning of communism! No wonder he was so happy to help out carrying that one log.

But as revolutionary enthusiasm wore off and cold, hard reality set in, subbotniks failed to pave the way toward communism. There was nothing heroic about what became a mandatory feature of Soviet society, not to mention that workplaces found it rather convenient to bring their workers in for free on weekends. The “heroic, uncompensated labor” meant for “the motherland” ended up only rewarding managers with free productivity. 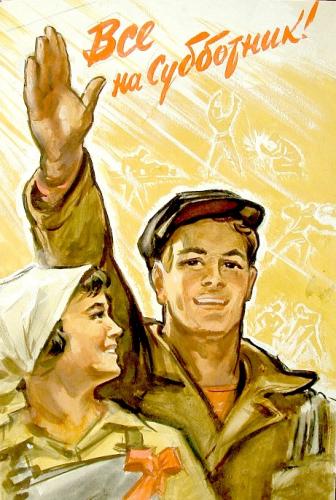 "Everyone to the subbotnik!" (That means you, too!)

Subbotniks did briefly regain their original spirit in the 1940’s, as they were once again part of a nationwide war effort. During the war itself, citizens helped build defenses; once it was all over, everyone pitched in to clean up the mess. The events were still mandatory, but at least it was for a good cause! (Not to mention that no one likes living in a city that’s mostly rubble.) 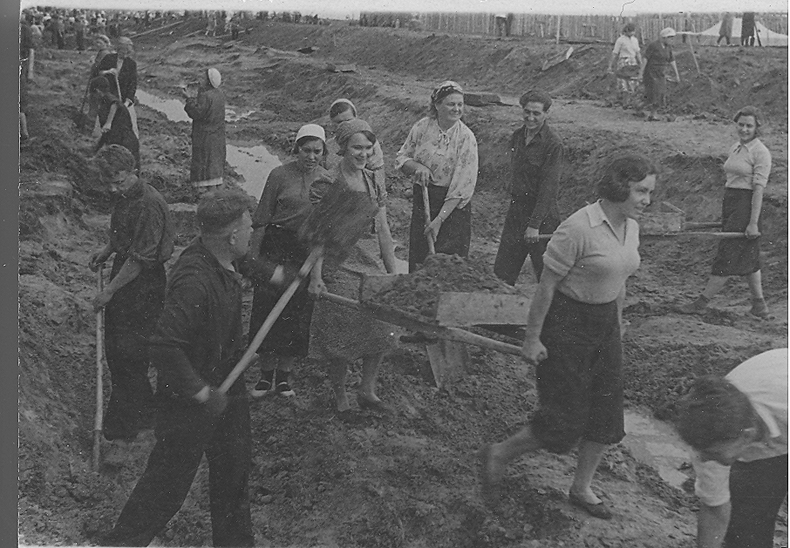 Look how happy they are to be digging those trenches! (1941)

Even if subbotniks never lived up to their ideal as imagined by Lenin, the concept has stuck. Nowadays, a subbotnik is more likely to be a block cleanup-type event than real work without pay, and it probably won’t be on Saturday, but it retains the goodwill of the 15 engine-fixers: if there’s work to be done, why don’t we all get together and just do it?