A Match Made In...The Voting Booth?

1. Flowers, dinner, a movie, and the democratic process – now that’s romance. In a bid to boost turnout for September’s gubernatorial elections, the dating site Mamba has launched a special version of the app called “Together at the Elections.” Mamba is Russia’s most popular dating site, and the Kremlin is said to have enlisted it specifically to encourage voter turnout this fall – and if it’s successful, possibly for next year’s presidential elections, too. You know what they say: from the ballot box straight to the altar.

2. Moscow’s had its day in the sun. And now, go east, young folks, go east! That’s the idea of politician Yuri Krupnov, who has proposed relocating Russia’s capital to the other side of the Urals. The goal is to make the capital more accessible, help the government maintain sovereignty over distant regions, and halt “hypercentralization,” which has led to a fifth of the Russian population dwelling in Moscow. Still, the likelihood of the move is slim, with most officials either ridiculing the proposal or suggesting economic reform rather than redrawing the map.

3. Next time you join (or re-post) a rap battle, make sure it’s rated PG. The state supervisory service Roskomnadzor fined six media networks and warned 26 more for posting a video of a rap battle that included obscene language. The rappers involved in the battle were Oxxxymiron and Gnoynoy, whose performance gathered 7 million hits within hours after being posted. Here’s a bit about the history of rap battles and why they’re appealing to Russian youth culture. 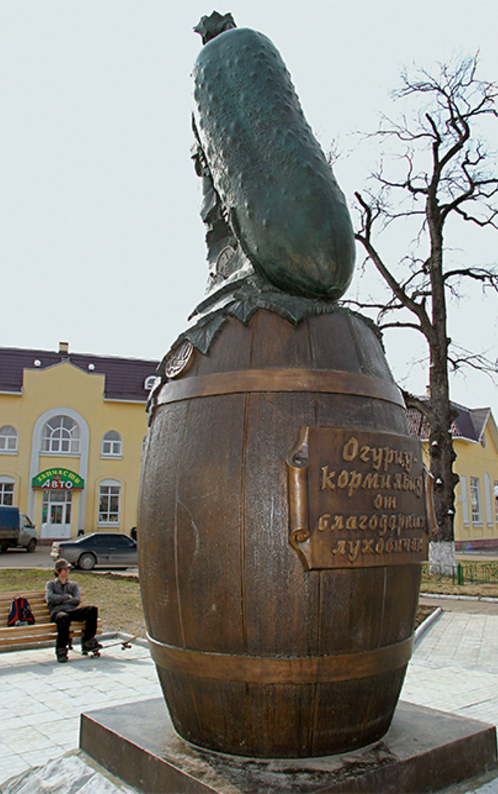 "With all due respect to Yuri Vasilievich, there’s no point in wasting time debating fake ideas...We could debate the question ‘is there life on Mars’ with the same degree of success.”
—Moscow Mayor Sergei Sobyanin responding to Yuri Krupnov’s “de-Moscowization” proposal. He also compared the idea to Soviet-era deportations. In other words, the move is a no-go.

12 Myths/Truths About Russians and Vodka