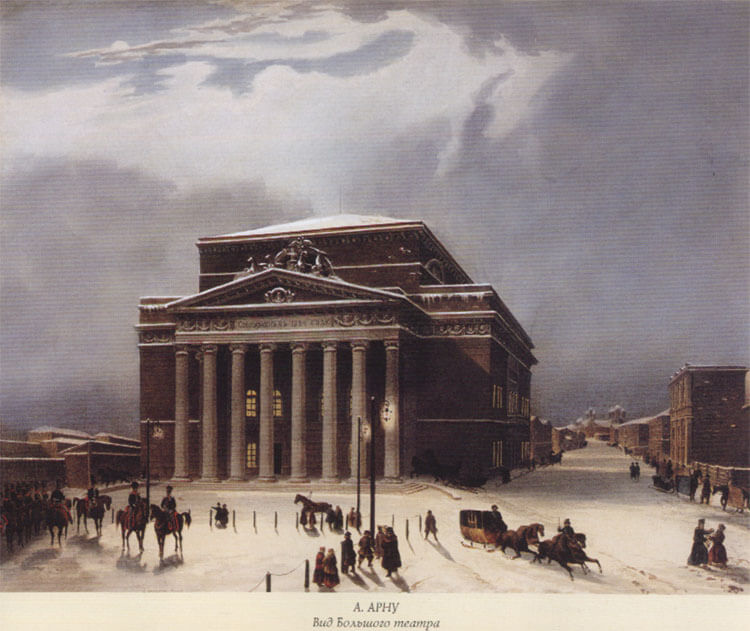 The Bolshoi Theater in the early 19th century. / Wikimedia Commons

It’s a big day for the Big Theater (that would be a literal translation of the Bolshoi, though maybe “Grand” would be more appropriate). On this day 243 years ago the theater was founded in Moscow.

(Not) shooting, (not) smoking, (not completely) stripping

1. Hunters are shooting snow leopards in Sailugemsky National Park – with cameras. The World Wildlife Foundation offered six former hunters the opportunity to become wardens back in 2015. It was an ultimate win-win: the hunters, who were trying to feed their families (according to a recent according to a recent interview), gained steady employment, and the conservation efforts benefit from the hunters’ deep knowledge of the animals. Now, the leopard population is rebounding well, and this week new photographs show that three new cubs survived the winter.

2. For Yulia Divnich, leader of the Association of Cannabis Growers, weed is very much not a weed. In a recent interview, Divnich said that Russia certainly has room to grow in the field of hemp agriculture in order to catch up to the rest of the world, which is using the plant in everything from cars to yogurt, as well as in other ways that are currently illegal to “propagandize” about in the Russian press. Advocating even legal uses of hemp is frequently seen as stirring the pot in Russia, but Divnich has reason to hope. This past month she successfully led a conference in Kurgan about how the canna-biz can help solve ecological problems.

3. Russian men this week put out for art and science. The Tretyakov Gallery in Moscow was treated to an “unsanctioned performance” by a nearly naked man, who later gave a vague explanation that actions and art have to do with social problems, one of which is opportunities for modern artists to “integrate into the context of a museum space.” Seems like he hasn’t been getting it lately… that is, museum exhibitions, of course. Meanwhile, also in Moscow, a man tried to board an airplane after stripping naked, shouting that “clothing impairs the aerodynamics of the body,” according to a witness.

Ever wondered why you, a Russophile, love Georgian khachapuri so much? So did Tiffany Zhu, so she dug for answers in “When Russian Cuisine Turns Georgian.” 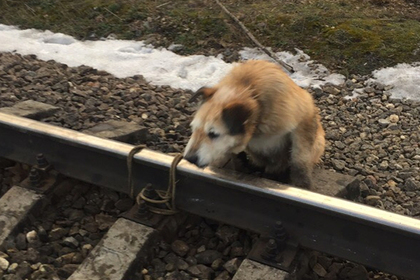 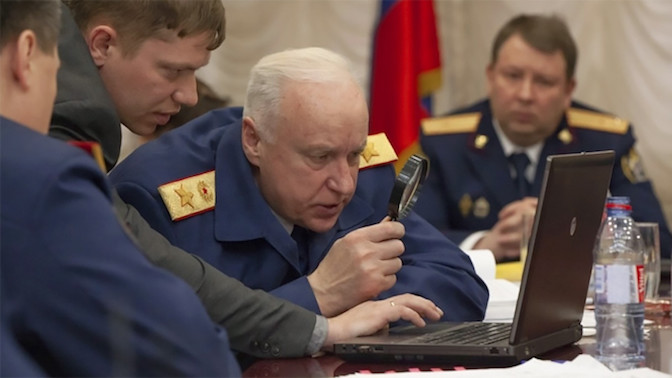 “So what if it's minus 30, we hang out like in Europe while you sit in your office on your ass.”

– A line from a rap song by an Irkutsk grandmother who enjoys winter swims in Lake Baikal.

Thank you to David Edwards for a story idea!

Sex and the Future of Russian Society