Baby bears, cats in debt, and other fuzzy victories

1. And one day in particular: Monday was Victory Day, the 71st anniversary of Germany’s surrender and the end of WWII in Europe. The Immortal Regiment – participants carrying photos of relatives who fought in the war – headed up parades across Russia, with Putin leading the charge in Moscow before giving a speech on defending the fatherland against terrorism.

2. Even the biggest victories don’t come without controversy. This year, Moscow’s Victory Day parade cost the city a record-breaking 296 million rubles – in part thanks to the showcase of new weaponry. Meanwhile, in Novosibirsk, Stalin billboards popped up to commemorate the end of WWII – and debate popped up around the billboards. One thing everyone could agree on: fireworks to end the day with a bang.

3. Bear in a bathtub: dangerous, or adorable? For locals of the mountain town of Tashtagol, it was pure practicality after they saved the cub from drowning in the nearby river. Unfortunately for the bear, the tub was not full of honey. The cub is too small to survive alone, so they’ll find Misha a new home in the zoo.

Quote of the Week
"Today civilization is once again faced with cruelty and violence. We must defeat this evil, and Russia is open to joining forces with other states. We are ready to work on the creation of a contemporary non-aligned system for international security."

—President Vladimir Putin on the need for collaboration in his Victory Day speech. 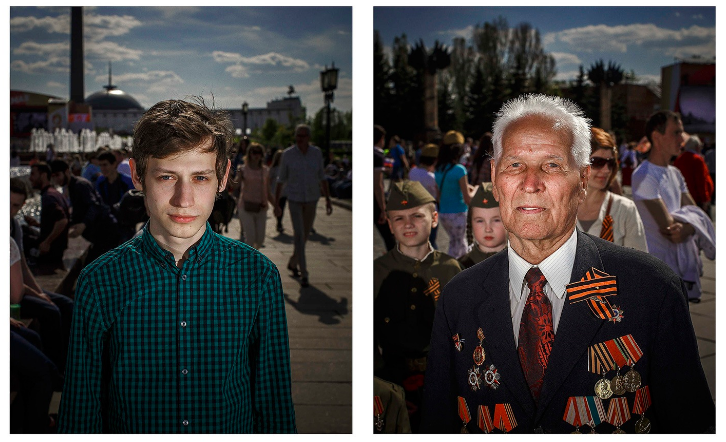 Live for your family, die for your homeland. Veterans of WWII and young Russians the age of those veterans when they went to war consider what one should live for, and what one should be willing to die for, in honor of this year's Victory Day. See their images and read their stories here.