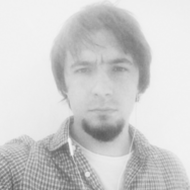 Born in Volzhsky, in Volgograd Oblast, Sergei Karpov graduated from the Moscow Energy Institute. But even before graduating, he began working as a journalist. In 2011 he finished Sergei Masimishin's "Magazine Photography" course and then began working with the likes of Reuters, AP, RIA Novosti and others. From 2012-2013 he worked as a staff photographer at ITAR-TASS.

In 2013, Karpov founded Mediacrowd, aimed at studying new media and new forms of visual memoir-making. In 2015, with Sergei Prostakov, he released the project «Последние 30» (The Last 30), which looks at post-Soviet society from 1985-2015.

Karpov began working with «Такие Дела» in 2015, creating the Special Projects Department. In 2017 one of his projects with Takie Dela received the prestigious Visa d'Or for the Best Digital News Story.

Not the End of the World (January/February 2020)