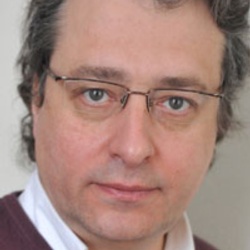 Maxim Osipov was born in Moscow. After graduating from medical school he worked in several cardiology clinics, was a research fellow at the University of California in San Francisco, and wrote a book on echocardiography. In 1994 he founded a publishing company specializing in medical transla- tion. In 2005, he returned to medical practice in the small provincial city of Tarusa and started a charity fund to support the city’s hospital, where he still works. Since 2007 Osipov has written essays, short stories, novellas and dramas. He has published three collections of prose, which have brought him several awards, including the Kazakov Prize for the best short story of 2010. Osipov’s works have been translated into French, Polish, and English.

The Amazing Life of Moscow's Gator