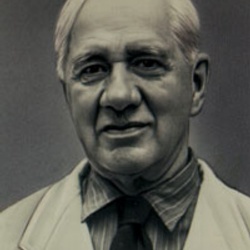 Korney Chukovsky — real name Nikolai Korneychukov (1882-1969), was a famous journalist, poet, critic, translator and literary expert. Primarily known today for his children’s stories and poems, he actually began his career as a journalist and philologist, before moving into criticism and children’s poems and stories. Heavily criticized during the 1930s (the attack was led by Lenin’s widow, Nadezhda Krupskaya), he turned his attention to translation, and introduced many English and American writers to Russian readers. In the post-war period, he attained mythic status and was able to combine official approval with support for notable dissidents.

From 2 to 5 (04: Childhood)
ScrubbleDub (21: Dark and Scary)
Nat Pinkerton and Modern Literature (29: Leningrad Under Seige)