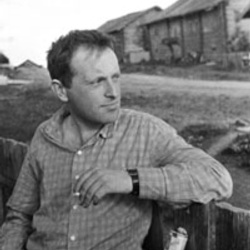 JOSEPH BRODSKY (1940-1996) was born and raised in Leningrad, and the culture and history of that city had a profound effect on his life and work (see Russian Life May/June 2006). Convicted in 1963 of "parasitism,” he served 18 months of exile in Arkhangelsk region. In 1972, he was forced to emigrate from the Soviet Union, and lived the remainder of his life in the United States, teaching, writing poetry in Russian, translating many of his works into English, and writing essays in English. In 1987, Brodsky received the Nobel Prize for Literature.

The Year's Most Popular on Russian Life