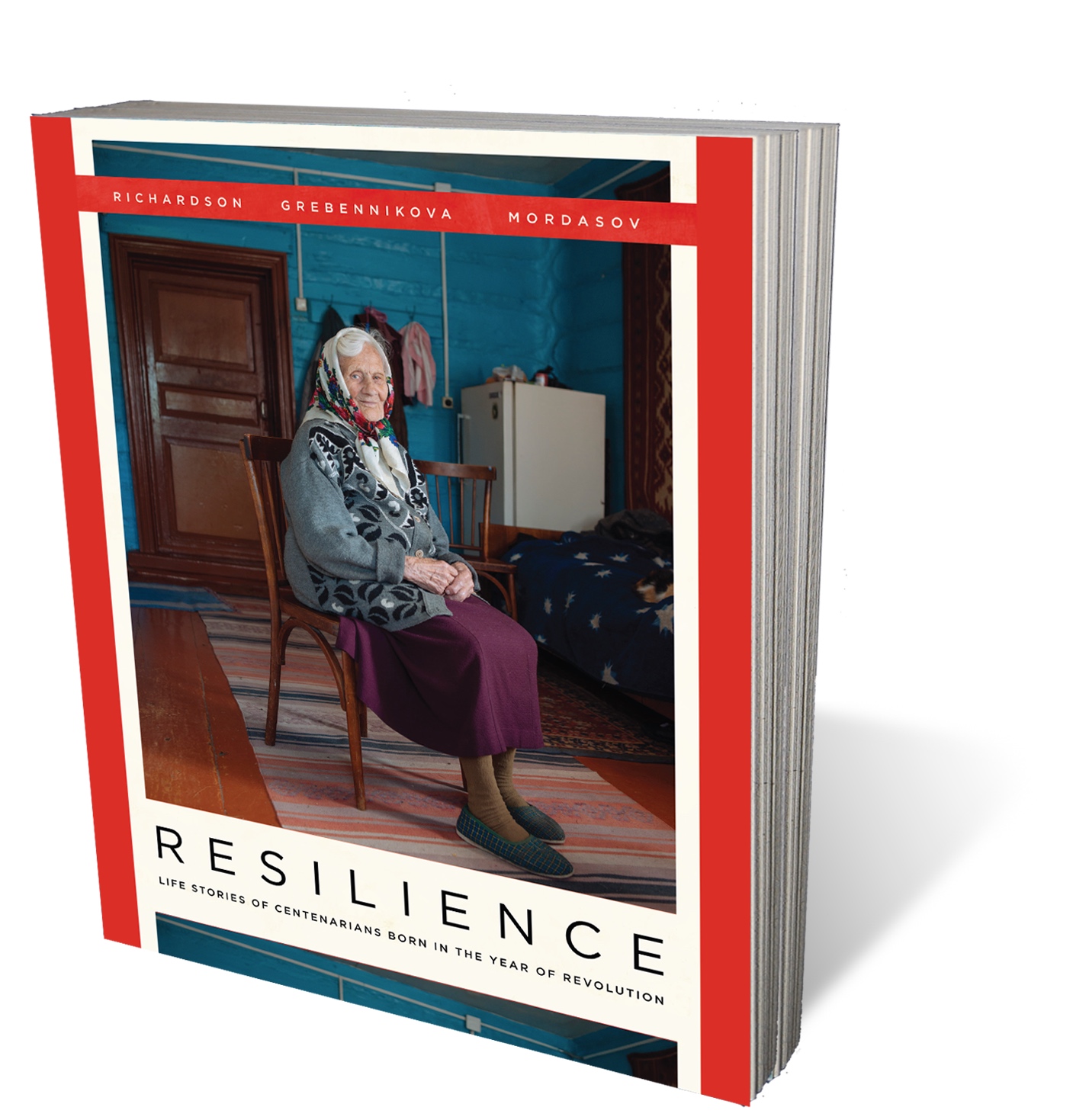 Today, we officially put to print the book for our Children of 1917 project: Resilience: Life Stories of Centenarians Born in the Year of Revolution.

Through the spring of 2017, we dug deep into research, looking for centenarians that fit our criteria, getting all our paperwork, visas and other things in order. Then buying air and train tickets and planning itineraries. And then doing more research about the places and people we would be visiting.

By summer, the travel and meeting with centenarians had begun. It started in St. Petersburg and then moved down toward Moscow and then east, east, east, until we hopped back west and visited heroes in Poland, Belarus and Finland (all part of Russia in 1917).

In the end, we had gathered gigabytes of photos, video, and voice recordings, visiting nearly two dozen cities and towns and making countless new friends.

Then, come fall, the writing and editing, translating and layout, design and proofing was underway.

Oh, and did I mention we also created a film? RESILIENCE, the film, was released officially on the 100th anniversary of the Bolshevik Revolution, on November 7, 2017. We are still waiting for an official screening date in Moscow, but the film will premiere in the US at the Green Mountain Film Festival in Montpelier, Vermont, at the end of March.

The book is 254 pages long, has over 150 photos, and includes profiles of 22 centenarians born in 1917. It will be a softcover book, printed in full color on fine, coated stock. It should be back from the printer in a few weeks.

Frankly, this may be the most important book out little publishing house has ever assembled. Because it carries memories and life stories of individuals that otherwise would never have been known outside their families, much less their cities, towns, or country. Their stories are the saga of Russia over the past century, and yet their stories are also moving tales about the human condition. We so look forward to sharing them with you and hope you will be as moved by them as we were.

Honestly, it is difficult for me to believe all of this happened in just 325 days. It certainly could not have come off were it not for the persistence, hard work, and talent of my two co-collaborators, Mikhail Mordasov and Nadya Grebennikova. They are not only consummate professionals, but dear friends, and it is a privilege to create, argue, collaborate and travel with them.

So, if you already ordered the book, it will be coming soon. If you have not, what are you waiting for? Quantities are severely limited, and you won’t want to miss out.

1997
President Boris Yeltsin and Chechen leader Aslan Maskhadov signed a peace accord intended to end over 400 years of conflict.

1949
Soviet Union's 11 month blockade of Berlin ended with a food convoy driving into the city.

1712
Peter I moves Russian capital from Moscow to St. Petersburg.

U.S. Withdrawal from the ABM Treaty